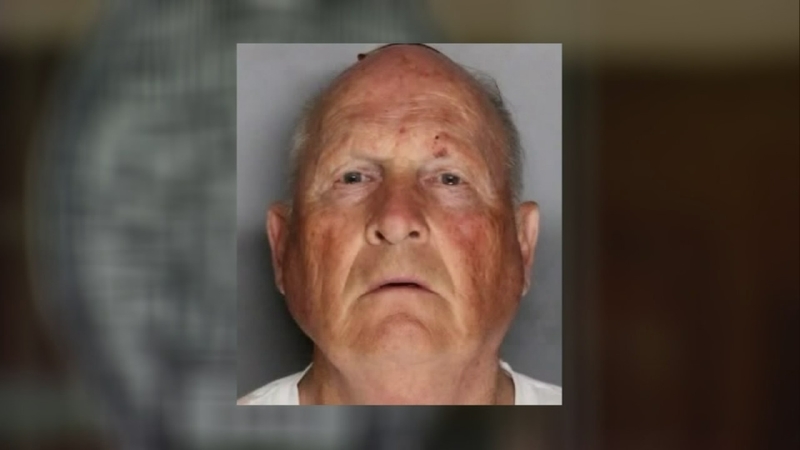 VISALIA, Calif. (KFSN) -- Although Visalia Police say they have not officially linked Joseph James DeAngelo to a series of burglaries and the murder of journalism professor Claude Snelling in the 1970's, they say they will keep building a case.

They believe DeAngelo, in addition to being the Golden State Killer, is also the Visalia Ransacker.

In an interview with ABC30 earlier this week, Detective James Cummings expressed his relief and excitement about DeAngelo's arrest.

"We're looking for any information leading to anybody that had contact with Joseph DeAngelo in the Visalia area in the 1970s.

"We're going to make sure that we follow our protocols, and we're going to give the Visalia Police Department time to do a thorough investigation," said Tulare County District Attorney Tim Ward. "Bottom line this is a shocking development."

The burglaries are beyond the statute of limitations, but if Visalia Police recommend murder charges for DeAngelo, Ward says they would work closely with the department and review reports.

"And then what we would probably look at is stuff that we may not know, that could be new," Ward said. "Is there anything that is potentially contained in the other investigative files, some of the other counties, that could bear upon that decision. And then as would be any other case, it will be evaluated whether or not there is sufficient evidence to file charges."

In the meantime, Ward says he's willing to share any information that could help other California district attorneys in their investigations, such as Ventura County DA Gregory Totten, whose office has already filed murder charges against DeAngelo.

Over the phone, Totten told Action News that the many cases against the Golden State Killer could be prosecuted in one county.

"I think the district attorney's will get together and evaluate what cases could be combined and perhaps what the best jurisdiction is for the purposes of the prosecution," Totten said.

The process will take time, but at least the families of victims have found peace knowing the killer has been caught.