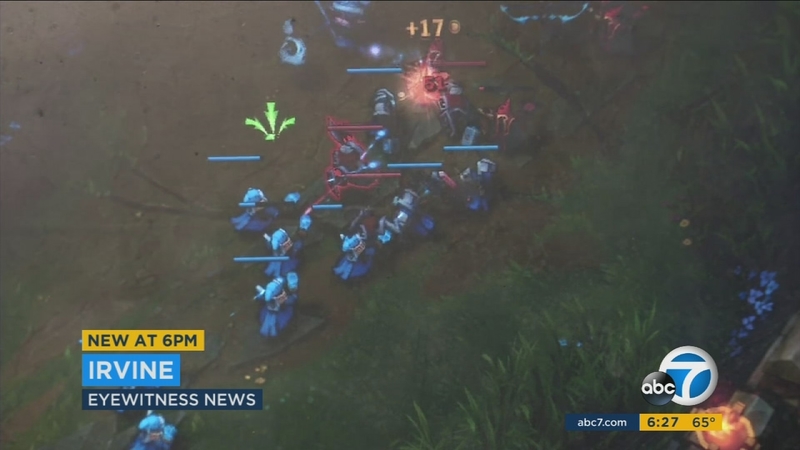 IRVINE, Calif. -- The University of California, Irvine launched the first competitive team of video gamers at the college level.

UC Irvine launched what it called the first eSports initiative at a public research university, and it will include a competitive team and a coach.

"Become the Duke basketball of gaming. We want to be able to say that if you want to be the best at 'League of Legends,' come to UC Irvine to take your game to the next level," Jesse Wang, president of the UC Irvine Association of Gamers said.

Wang, a junior, helps lead the club that has more than 200 students.

The eSports initiative will provide up to 10 academic scholarships to help recruit the top gamers to come compete for the school.

"People get a scholarship to go play basketball for a university and hopefully one day go pro. I really am excited to see that kind of transition now starting to happen in the eSports world," Wang said.

The university said much of the funding for the program will come from two leaders in the gaming industry - Riot Games and iBUYPOWER.

iBUYPOWER will help transform the student center into a gaming arena.

"We'll have to up to 80 high-end PCs in here available for recreational and competitive gamers," Mark Deppe, acting director of the eSports initiative at UC Irvine, said.

The initiative is receiving support from the gaming community, but some criticism from students who don't want to see the student center changed.

"If they replace it, I think it's going to kind of go from a community standpoint to just a small group of people," freshman Alicia Guerrero said.

UC Irvine said many recreational activities would be relocated on campus.

Deppe said he hopes to welcome non-gamers to the space and showcase the benefits of the program.