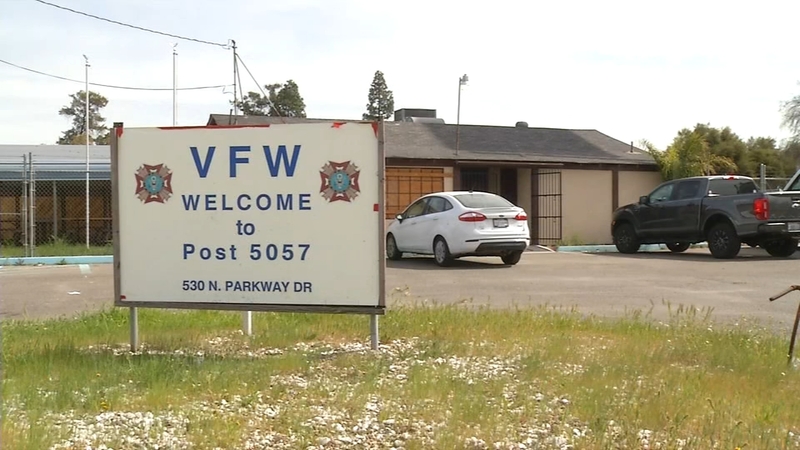 VFW Post 5057 Commander Richard Morrison said, "We don't know what to do."

Members of Post 5057 boarded up the shattered glass but were stunned to see what was missing.

Morrison explained, "The American flag, at one point in a tie, once sat right in the middle. It's gone. Suddenly, somebody is tearing down our flags. It makes us feel like we're not wanted."

A total of seven military services and U.S. flags were stolen from outside and inside the building.

Morrison said, "I'm a 20-year veteran and it made me sick to think that somebody would have the audacity to do that to their own country to deface it."

The 225-member group was forced to limit activities due to the pandemic and thieves have taken notice over the past few months.

VFW Post 5057 Quartermaster Randy Jeffries said, "Truthfully, it's extremely disappointing because a lot of our members are older. Probably close to them are close to 80 years of age."

All the non-profit group could do was make the rounds as they figured out how to pay for broken windows.

Morrison showed us some damage and said, "Right there is $587 is going to cost us."

Surveillance video helped Fresno police catch a man who was spotted in December smashing a large window out front.

Jeffries added, "If they just knocked on the door and asked us, we could probably help them out. You don't have to tear things up and steal it"

The VFW post has been located here since 1976 on Parkway near Belmont, an area where the city has been trying to eliminate prostitution and drug dealing problems.

Morris admitted, "We were hoping things would get better because the street looks clean. It looks quiet during the day."