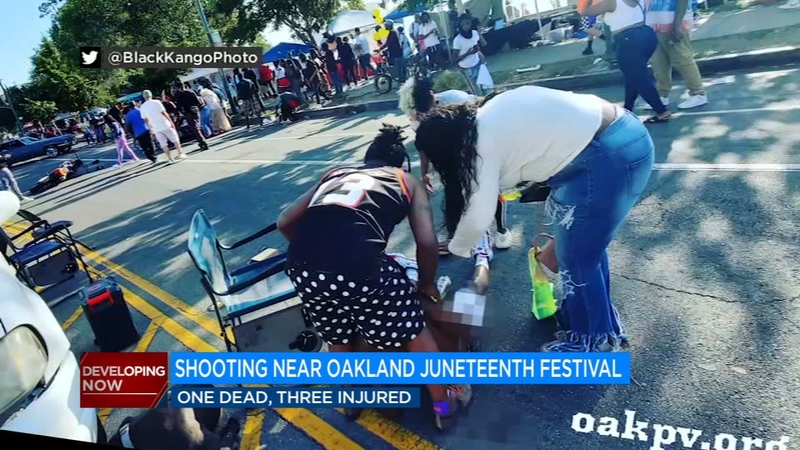 1 killed, multiple injured in shooting in Oakland near Juneteenth celebration

OAKLAND, Calif. -- One person is dead and several others injured after gunshots were fired at Lake Merritt in Oakland, northern California, on Saturday, police said.

The shooting happened on Lakeshore Avenue at Lake Merritt just after 6p.m. where people had gathered for a Juneteenth celebration in Oakland on the other side of the lake.

A 22-year-old male from San Francisco was shot and killed near the event. Six others were injured. They were reported to be in stable condition.

Police officials estimated a crowd of approximately 1,000 people in the area.

Crime Stoppers of Oakland and the Oakland Police Department are offering up to $40,000 for information leading to the arrest(s) in this case.