All about Hillary Clinton: Issues at intersection of money, politics 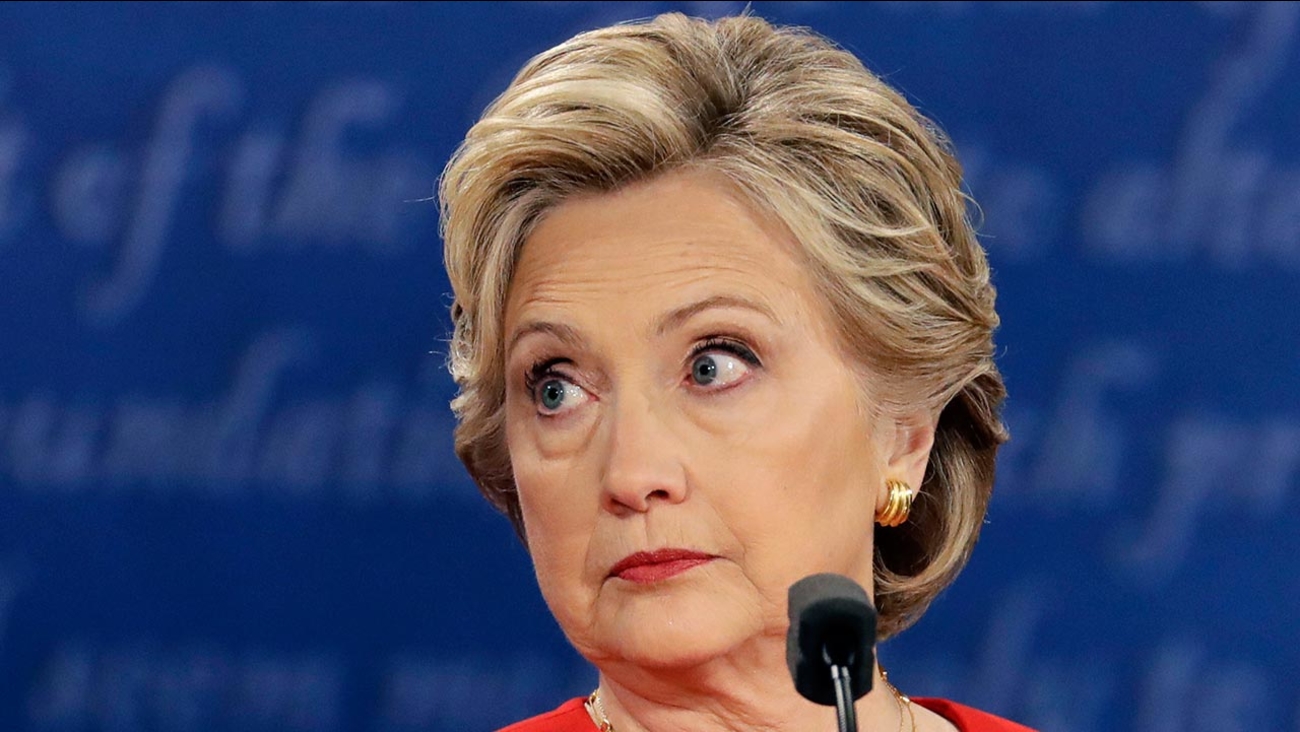 WASHINGTON -- You wouldn't think there was much left to learn about Hillary Clinton after her nearly four decades in the public arena.

But Clinton's time as secretary of state and as a private citizen after her failed 2008 presidential campaign have generated new issues revolving around the intersection of money, politics, privilege and privacy.

Her use of a private email setup as secretary of state has stirred up a hornet's nest over her loose handling of classified material and fed the perception she tries to play by her own set of rules.

Her big haul of money from private speeches to Wall Street interests after she left the government stoked questions about whether she would really look out for ordinary Americans. Recent leaks about the content of those speeches have fed into talk about whether there are really two Clintons - one public, one private, as she pretty much acknowledged in communications that she intended to stay private.

And Clinton's links to her family's foundation while she was secretary of state have transported age-old questions about the influence of money into an all-new context. Never before have there been husband and wife presidencies, with all the swirling interests and potential conflicts that sort of power couple would bring.

A look at some of what's been learned about Clinton over the course of the campaign:

THE FOUNDATION
From the beginning of Clinton's tenure as secretary of state, there were questions about how to ensure that all the money flowing into the Clinton Foundation, particularly contributions from foreigners, didn't influence her dealings in government. A number of guidelines were put in place to guard against conflicts of interest.

Even so, an AP investigation found that more than half the people with private interests outside of government whom Clinton met with while she was secretary of state gave money - either personally or through companies or groups - to the Clinton Foundation. The AP's review did not include Clinton's many meetings with foreign diplomats or government employees, since it focused on the discretionary meetings she agreed to have. The meetings do not appear to have violated conflict-of-interest guidelines. But the significant overlap fed into perceptions that access was for sale.

TOP-DOLLAR SPEECHES
Clinton's lucrative speeches to Wall Street interests behind closed doors in the run-up to her presidential campaign were a frequent topic of primary-season criticism by Democratic rival Bernie Sanders, who depicted Clinton as part of a system rigged to benefit the rich. In the 18 months prior to announcing her second presidential campaign, Clinton addressed private equity investors in California, bankers in South Carolina and brokers in Florida.

An AP analysis found that over a 15-year period, Clinton and her husband made at least $35 million by giving 164 speeches to financial services, real estate and insurance companies after leaving the White House in 2001.

SECRETS REVEALED
Clinton's refusal to release the transcripts of those speeches was an ongoing issue during the campaign - until WikiLeaks took matters out of her hands and released hacked campaign emails containing excerpts of her speeches. The excerpts suggest she took a more accommodating tone toward Wall Street in private than she did in public.

While offering herself in public as a product of middle-class America, Clinton acknowledged in a private 2014 speech: "Obviously, I'm kind of far removed because the life I've lived and the economic, you know, fortunes that my husband and I now enjoy."

In a speech transcript from 2013, she said that negotiating deals sometimes requires "a public and a private position" to get things done. That fed into suspicions Clinton is not always straight with voters about what she wants to accomplish.

EMAIL ALARMS
Revelations in 2015 that Clinton used a private email account and server when she was secretary of state set off a number of alarms: What was she hiding?

Was classified material compromised? Was she trying to avoid public records requirements? Word that Clinton had deleted tens of thousands of emails that she said were unrelated to official business only added to the intrigue. A review by the State Department's internal watchdog concluded the practice violated several policies for the safekeeping and preservation of federal records.

INCOMPLETE RECORDS
Concern about Clinton's secrecy increased after an a href'https://apnews.com/76479546863c473ca4682aa6f47fc319/Clinton's-State-Dept.-calendar-missing-scores-of-entries'AP review/a of Clinton's official calendar as secretary of state identified at least 75 meetings with longtime political donors, loyalists, Clinton Foundation contributors and other outside interests that were not recorded or didn't include the names of those she met.

It raised fresh questions about how Clinton and her team handled government records documenting her State Department tenure.

DONOR NETWORK
Clinton's political fortunes are inextricably tied to her husband's, and so are her finances. A Washington Post investigation in November 2015 toted up an unparalleled $3 billion that the Clintons had raised over four decades for their various political campaigns and the charitable foundation started after Bill Clinton left office. Nearly $2 billion of that total went to the foundation. The Clintons' cultivation of this vast and loyal donor network helped Hillary Clinton mount a formidable presidential campaign but also has served to undercut her image as a champion of the middle class unbeholden to moneyed interests

OLD BUSINESS
There are plenty of Clinton issues from days of old that lurk in the background of this campaign. Among them: the impeachment of Bill Clinton for the Monica Lewinsky affair, Hillary Clinton's big profits from trading commodities as Arkansas first lady, and Whitewater, the name of the Clintons' failed land deal in which neither was ultimately found to have done wrong.

Donald Trump has tried, in particular, to make a new issue of how Hillary Clinton handled the allegations of sexual improprieties leveled at her husband, claiming that she bullied and shamed his accusers.