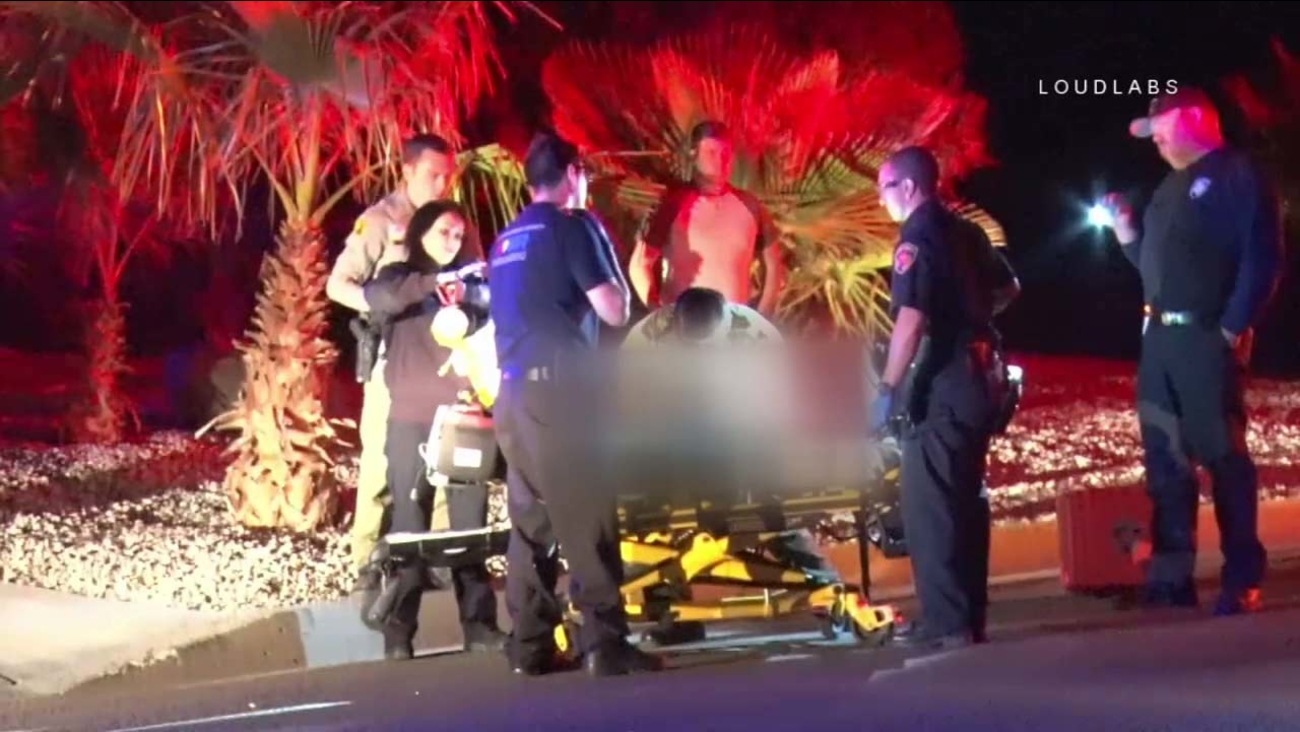 Emergency personnel surround a child who was shot in Apple Valley on Wednesday, Sept. 27, 2017.

APPLE VALLEY, Calif. -- A 2-year-old girl was shot by a bullet that was accidentally discharged by her father who was cleaning his gun in their Apple Valley home, authorities said.

San Bernardino County sheriff's officials responded to a call about an accidental shooting at a home in the 16100 block of Viho Road at around 11:25 p.m. Wednesday.

Deputies were told that the child's father was downstairs cleaning a gun when he negligently discharged the weapon. The bullet struck the little girl, who was in an upstairs bedroom.

Victor Valley News reports that the child was shot in the stomach.

The girl was transported to a local hospital and flown to a trauma center, where she was undergoing surgery. Her condition was not immediately known.