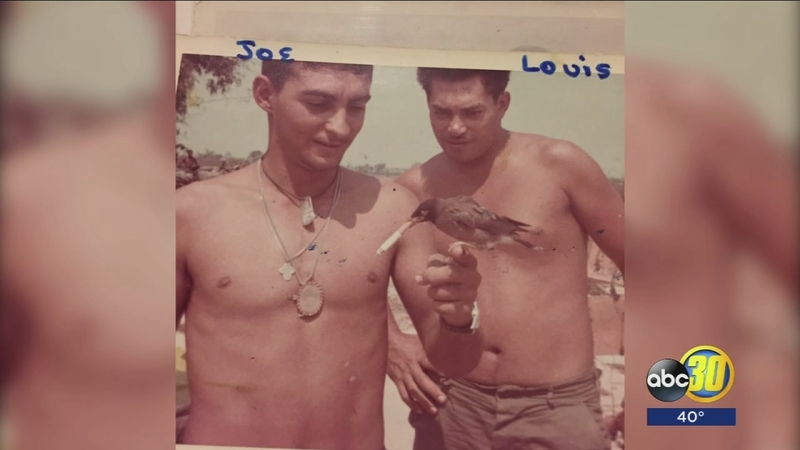 FRESNO, Calif. (KFSN) -- Vietnam War Veterans Luis Torres of Los Banos and Joseph Amari of Birmingham, Alabama saw each other for the first time in 48 years Thursday evening. Torres was told by his family that they were going to pick-up his nephew at the Yosemite International Airport, but instead, Amari surprised him.

"it was emotional right there and then," said Luis Torres. "It was really a surprise, that was the biggest surprise of my life honestly."

"He was gone for 50 years, I figured he was dead," said Amari "I felt like a person would feel if their brother came back because we were brothers. We were best friends."

The two only served together for six months, but that was all it took to form an unbreakable bond.

"He was my buddy," said Torres "We used to wrestle together when we were young."

The last time they saw each other was in April of 1969 when Torres completed his service. Torres would be Amari's last friend in the war.

"I did not have any friends and did not want any friends because they were really getting hurt and dying too quick at the time," said Amari.

Since then both of them have been searching for one another. Amari looked for Torres in his old town of the Bronx. His search started with a phone book.

"It had 125 Luis Torres' in it, so what I did was I wrote a letter to every one of them and a picture saying I am looking for this guy," said Amari.

Even though it seemed impossible, both vets never gave up.

"I was wondering if he made it back from Vietnam," said Torres. "I was pretty sure he did, I kept faith you know and that is really important."

It was not until Torres' daughter found Amari on Facebook, a year ago that they got the chance to reconnect.

"Right away, half an hour after he called me, he said, look, where have you been, I have been looking for you.

Now the two vow to always keep in touch.