Driver dies in crash with AC Transit bus in Berkeley 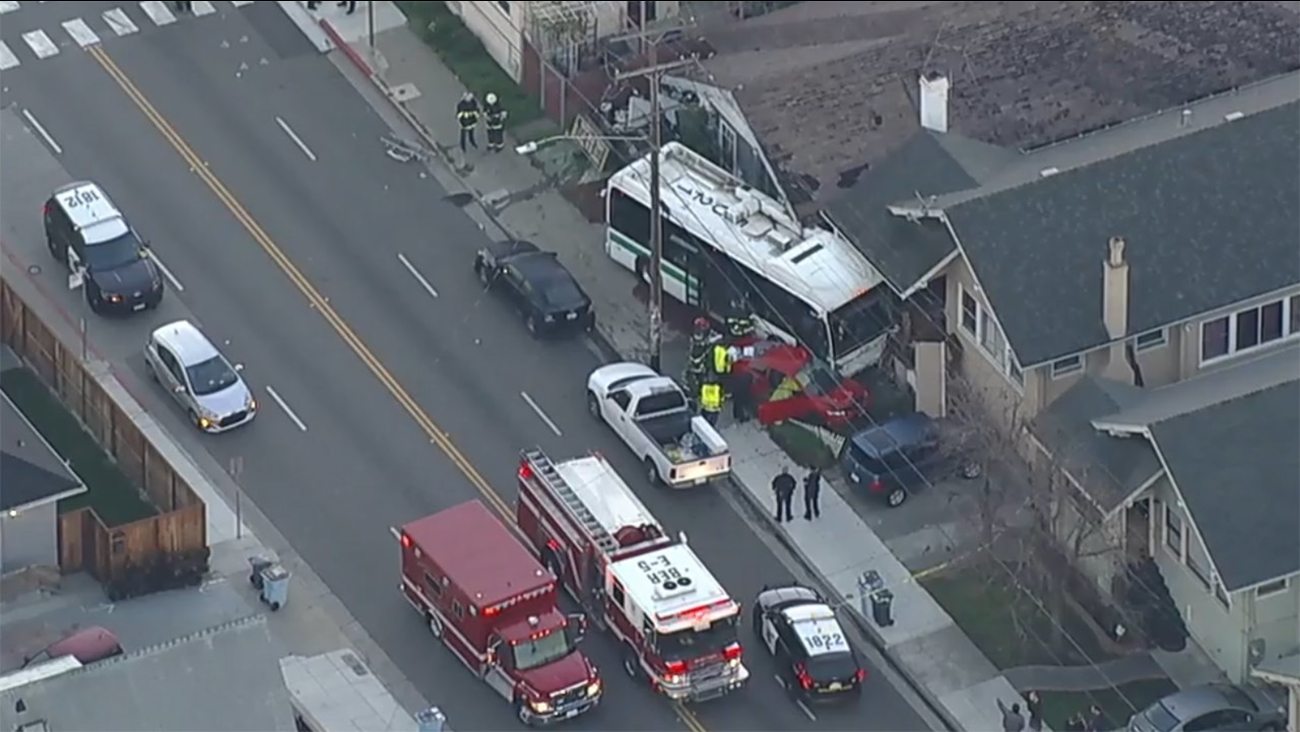 BERKELEY, Calif. -- A driver has died after a vehicle collided with an AC Transit bus in Berkeley this morning.

The house was occupied at the time of the crash and no residents were injured, police said.

Streets have been blocked off in the area.
Report a correction or typo
Related topics:
traffictraffic fatalitiesbus crashcalifornia
Copyright © 2020 KGO-TV. All Rights Reserved.
CALIFORNIA