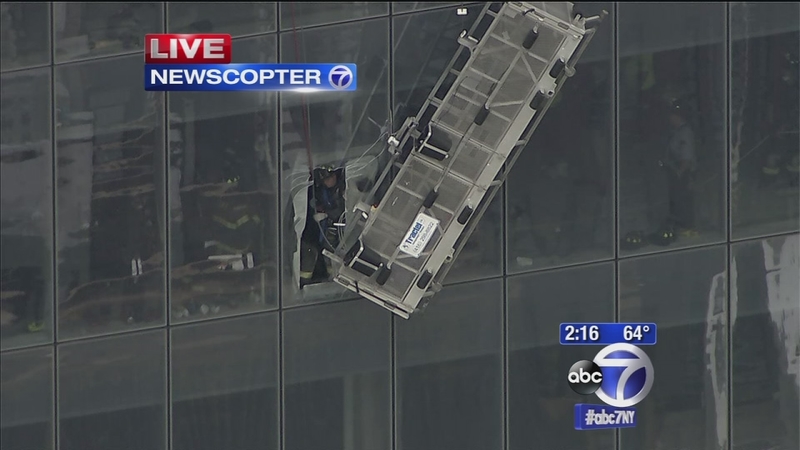 WATCH: 2 workers RESCUED as they dangle from 1 World Trade Center

NEW YORK -- The FDNY has cut through a window on the 69th floor of One World Trade to rescue two workers trapped on a scaffold dangling from the building Wednesday afternoon.

The window washers were stuck after a cable snapped on the motorized scaffold as it was being raised back to the roof just before 1 p.m.

Emergency workers secured the scaffolding, which was hanging at a roughly 65 degree angle at approximately the 68th floor.


The motorized scaffold apparently became disabled when a cable snapped.

Rescue workers had to break and remove two layers of glass to reach the workers, because the windows do not open. Crews were also lowering a second scaffold from the roof, but it was raised back up after it became clear that the window could be breached. A third option would have involved a firefighter rappelling down the side of the building.

People on the ground were moved back in case glass began flying, and the 9/11 Memorial was being evacuated as a precaution.


People on the ground were moved back in case glass began flying, and the 9/11 Memorial was being evacuated as a precaution.

The workers, employed by a company contracted by the building's manager, were secured by their safety harnesses.

Footage showed ropes being dropped to the scaffolding, as well. 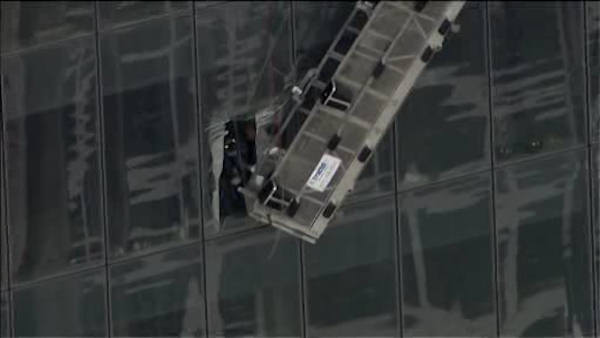