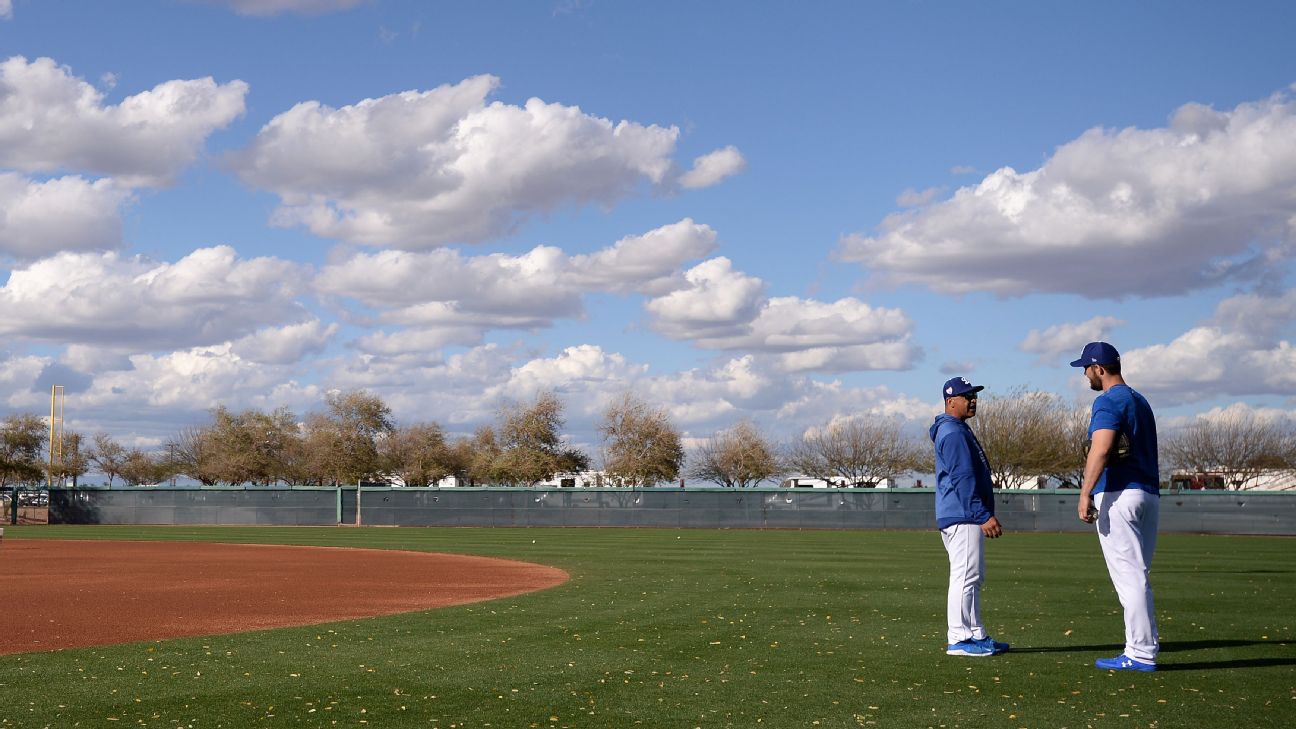 Buehler faced hitters for the equivalent of four innings and is lined up to make his regular-season debut on Sunday at home against the Arizona Diamondbacks. Kershaw threw two innings and will progress to four by the end of the week.

Kershaw, slowed by shoulder inflammation early in spring training, expressed discontent with the finish on his curveball, but Roberts said he was "very encouraged" with the life on all of his pitches, noting "the depth" of Kershaw's slider -- a pitch the ace left-hander has worked on over the offseason.

Kershaw, 31, will begin the season on the injured list, but Roberts said Kershaw should rejoin the rotation "soon" thereafter. Buehler, previously dealing with an issue the club would not specify, threw in the upper 90s during a 60-pitch session and "dominated hitters," Roberts said.

Buehler will next join a rotation that will be without Kershaw and Rich Hill, who will be on the injured list at least through the end of next week with an MCL strain in his left knee. But the Dodgers boast arguably the game's best starting pitching depth, with Hyun-Jin Ryu starting on Opening Day and Kenta Maeda, Ross Stripling and young phenom Julio Urias filling out the staff in the meantime.

Roberts said he is "very, very appreciative" of the team's starting-pitching depth. "For us to be able to cover that, I think it's great."
Report a correction or typo
Related topics:
sportsespnmlbwalker buehlerclayton kershawlos angeles dodgers
Copyright © 2020 ESPN Internet Ventures. All rights reserved.
More Videos
From CNN Newsource affiliates
TOP STORIES