KGO
By Kris Reyes
SAN FRANCISCO -- Environmental issues have always been important to California. But last year, the director of Berkeley's IGS poll sensed something a little different when polling potential Democratic Primary voters. This time it was personal and immediate.

In that study, released late last year, those voters named climate change as the issue that matters most, leading health care, which typically polls higher across the country.

"With the backdrop of what we're seeing with the fires and the drought, it's becoming more commonplace. I think people are starting to expect that to occur and it's affecting everybody in their day to day lives," said Mark DiCamillo, director of the Berkeley IGS poll. "It's just on a different level now than it used to be say three, four, five years ago."

In this episode, we explored who the Green voters are and how they're mobilizing and inspiring others to vote in the name of climate change.

We talked to the executive director of One Atmosphere, a San Francisco-based environmental nonprofit. The organization paid for a mural in downtown San Francisco of Swedish climate activist Greta Thunberg.

"We obviously want people to vote and this mural will hopefully be an inspiration for people to get out there and vote to address the climate change issue," said Paul Scott.

"If it has any major effect, it will be on turnout because climate change is such a vital issue to the younger voters and younger voters aren't always the voters in a primary election," added DiCamillo.

That's why we talked to organizers from the Sunrise Movement, a national organization made up of young people advocating for political action on climate change.

In January, Sunrise Movement endorsed Bernie Sanders for president. Since then, they've been going door to door campaigning for Sanders across the country, including the Bay Area.

"I mean, 2020 in relation to this Organize, Vote, Strike is really the year we win governing power and we get, for the first time in our lifetime, the chance to elect a president who's going to make climate change the #1 priority from day 1 in office," said Molly Morabito, a Sunrise Movement organizer.

Morabito and her fellow organizers are confident they can get young voters to listen.

"I have roommates who aren't politically engaged and I asked them, are you going to vote in the primaries? 100% yes. I'm registered and I'm ready," added Morabito.

In the episode, we also look at why getting a good grade on climate doesn't necessarily translate into a lead in the polls.

DiCamillo breaks down why a candidate can't win on climate change alone.

"A vote for president is the most personal vote. It's not a single issue vote. That's probably why the candidates who are trying to run on climate change alone isn't really making that much headway. Not because of the issue but because they're not winning the support of voters for other reasons," he said. 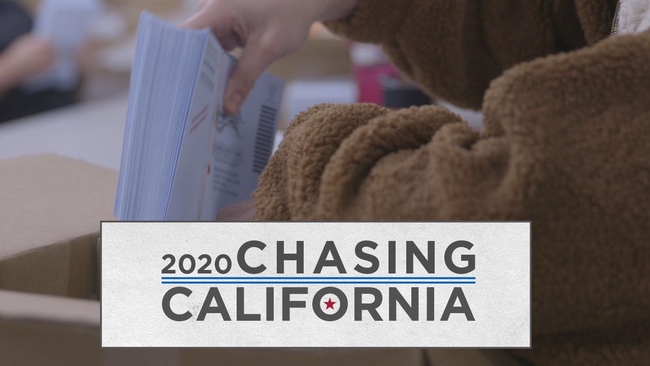