WTVD
RALEIGH, N.C. -- "Ron is a very determined person," said Cara Greening, who is talking about Ron Wahula, a man she also described as a friend and a leader.

Wahula is well known in the running community in the Triangle area. He has participated in, and helped with, some of the area's largest races. We've even interviewed him several times on ABC11.

Now, the local athlete is trying to get home from his latest challenge, climbing Mount Everest.

"He's been training for about a year," said Greening.

For almost two weeks, Wahula has been trekking up to more than 14,000 feet, taking amazing photos along the way. No amount of training though could have prepared him for the worst earthquake to hit the area in 80 years.

"He was about 20 minutes outside the base camp when the earthquake hit," said Greening.

That is where Wahula also experienced an avalanche triggered by that earthquake. That avalanche killed 10 hikers. Wahula and his hiking group though, escaped without injury, but they're not out of the woods yet. They're now making their way back down the mountain.

"The mountain has changed, the snow, the crevices, that sort of thing, so we need to keep him in our prayers because it's going to be a tough journey down," said Greening.

And Greening said Wahula and his group are headed to Kathmandu, a city now under rubble from that 7.8 magnitude earthquake and the several aftershocks that followed.

Wahula's wife was too shaken to comment Saturday, but we're told her husband is planning to be back home in the Triangle next Monday. To welcome him back, Greening and several friends have signed a 'welcome home' T-shirt to give to him. 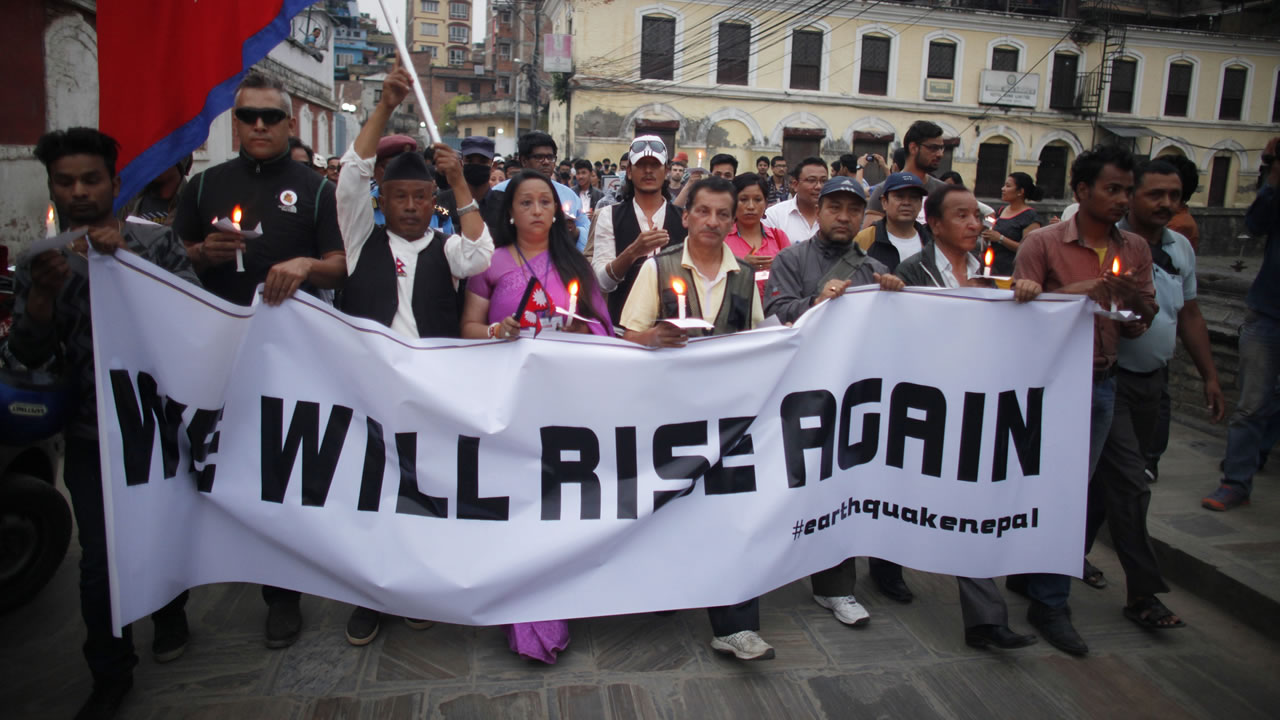 PHOTOS: Inside the aftermath of the Nepal earthquake
A look inside areas devastated by the powerful earthquake that struck Nepal on Saturday, April 25, 2015.
Related topics:
north carolinaearthquakenepal earthquakeu.s. & world
Copyright © 2020 WTVD-TV. All Rights Reserved.
RELATED 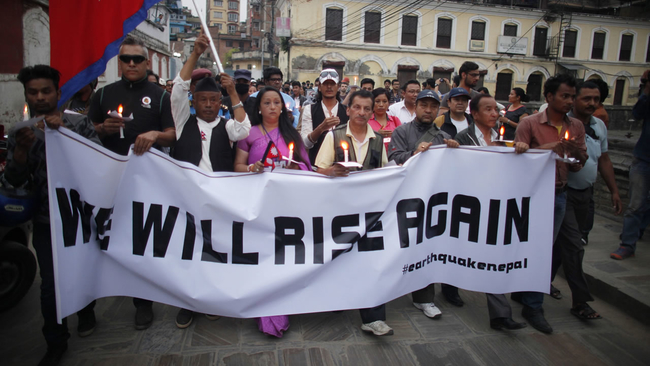 Why do we set off fireworks on July 4th?