"Their actions likely prevented a plan to crash into the White House or the Capitol."
KGO 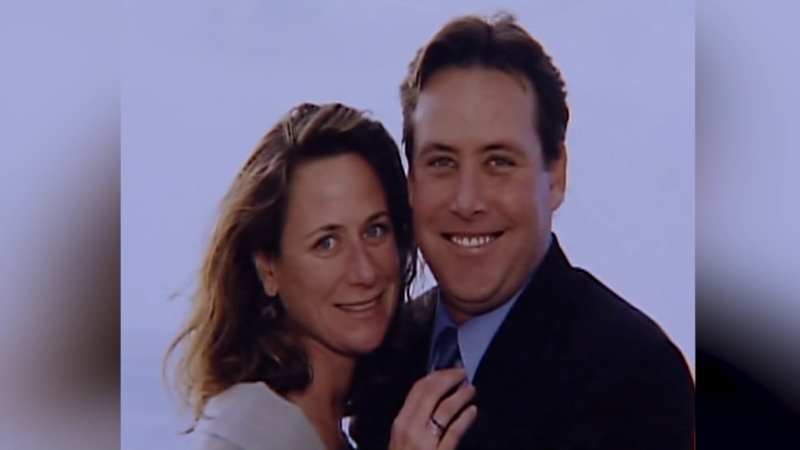 SAN FRANCISCO -- This Saturday, 9/11, families of passengers will again gather in a field in Shanksville, Pa.

One of them will be Jack Grandcolas, whose wife Lauren perished when Flight 93 crashed. They lived in San Rafael at the time.

Grandcolas has started a new chapter of his life but believes it's important that people don't forget the heroic actions his late wife and others took that day in a stand against terrorism.

Twenty years ago, the events of 9/11 shattered the quiet San Rafael neighborhood where Lauren and Jack Grandcolas lived. Jack was asleep when Lauren called from Flight 93 and left a message.

A shaken man, he described that message for ABC7 News in 2001 outside their home.

RELATED: 'It feels like it was yesterday': Survivor of 9/11 terrorist attacks shares his harrowing escape from 105th floor of the World Trade Center

We know that the plane crashed into a field near Shanksville, Pa. Jack Grandcolas knows in his heart that Lauren, a trained first responder and the daughter of a football coach, sprang into action with other passengers to stop the terrorists on board.

"They certainly weren't going to allow this plane on their watch to be used as a missile to kill more people on the ground," he said.

Here's how the terror attacks unfolded on September 11, 2001.

He acknowledges he has gone through multiple stages of grief, the most painful in the first months after 9/11.

"It was excruciating going through all of that, especially going through the first Father's Day without being the father that I expected to be or have my wife there."

Lauren was three months into her pregnancy.

Jack Grandcolas is writing a book about dealing with grief. It will be dedicated to his unborn son or daughter. While life goes on, he believes future generations need to know how Lauren and the others on Flight 93 changed history.

"Flight 93 was really the first victory against hate," he said. "Their actions likely prevented a plan to crash into the White House or the Capitol."

"There's video of the dramatic crashing of the tower," he said. "There's dramatic videos of the Pentagon on fire, and then there's this non-dramatic hole in the ground where the real drama happened in the sky, which prevented one more dramatic image for us to witness year after year after year."

Jack Grandcolas draws inspiration from that last message from Lauren. This is what she said.

"We're having a little problem on the plane. I'm totally fine. I just love you more than anything, just know that. I'm OK. For now."

Today, a diamond ring represents something special as Jack Grandcolas and Hopkins move forward. It belonged to Lauren Grandcolas but was in the shop when she died.

"Jack had it in the safe and took it out and said to me, would you consider wearing this ring as a token of my heart, moving from Lauren to you, bringing all the love with it," said Sarah Hopkins Grandcolas, as she kneeled besides Jack in their back yard.

"First I thought it would make me sad or remind me of Lauren, but I actually feel when it sparkles, I feel like her smile and her eyes are sparkling on me," she said.

While memorials bear the names of Lauren Grandcolas and an unborn child etched in stone, her place in history and those of the other Flight 93 passengers will forever be part of the legacy of 9/11.