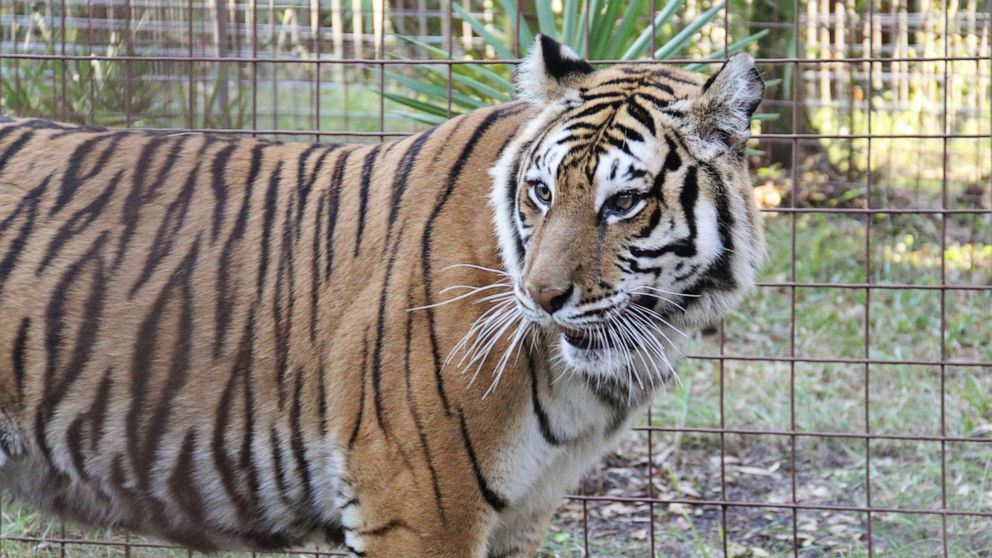 The hit show "Tiger King" has triggered not only a huge fan following but now a proposed law to ban private ownership of so-called "big cats."

A group of bipartisan Senate lawmakers on Monday announced they will introduce legislation to ban unlicensed ownership of tigers and lions and public handling of cubs at big cat exhibits.

The law comes about a year after the release of the Netflix hit show, "Tiger King: Murder, Mayhem and Madness," which profiled individuals who owned big cats and ran private zoos, sanctuaries and wildlife attractions.

The show detailed what advocates said is concerning treatment of the animals particularly by the show's star, "Joe Exotic," whose real name is Joseph Maldonado-Passage. He was later sentenced to 22 years in prison for a murder-for-hire plot and multiple counts of violating federal wildlife laws.

In a press release, the senators cited the 2020 Netflix show that gained great popularity, but also raised questions about the treatment of big cats in captivity.

"The series showed the abysmal conditions big cats including tigers, lions, and leopards, as well as their cubs, live in throughout the United States, and the immense risks private ownership of these animals poses for the individuals who keep them, the general public, and the animals themselves," the senators said in the release.

Netflix did not immediately respond to request for comment. Senators who are set to sponsor the legislation argued that the bill would improve animal safety.

"Big cats like lions, tigers and cheetahs belong in their natural habitats, not in the hands of private owners where they are too often subject to cruelty or improper care," said Collins.

Other senators touted the protection to the public, citing safety concerns of letting big cats and cubs interact with the public.

"This legislation is a win-win," Carper said in a statement. "It would prevent big cats from living in inhumane conditions and protect the public from the safety implications of these beautiful creatures being kept as pets."

A similar bill passed in the House by a vote of 272-114 in December 2020 but was not acted on in the Senate. Legislation to ban private ownership of big cats has been introduced over several years. Rep. Mike Quigley, D-Ill., reintroduced the legislation in the House in January. The text of the bill says that licenses will be granted to organization involved in things like conservations, veterinary studies, and other professionals.

That bill in the House adds other stipulations on zoos and exhibits including that animals including lions, tigers, leopards, snow leopards, jaguars, cougars or any big cat mix, cannot be within 15 feet of the public without a barrier preventing contact.

The World Wildlife Fund is among animal advocacy groups who came out in support the House bill introduced last year. In a statement, the organization praised the bill, which it said would protect animals and public safety.

"This legislation will help prevent captive tigers from ending up in the illegal trade in tiger parts and products, the primary threat to the species in the wild," a statement from the World Wildlife Fund said. "The bill will also help ensure the welfare of captive big cats, as well as public safety."