KFSN
FRESNO, Calif. (KFSN) -- In the late 1800s, African Americans established towns across the country where they could escape racial discrimination and prejudice.

The former town of Allensworth is nestled between acres of farms in Central California and is the only town in the Golden State that was fully founded, financed, and governed by African Americans.

"Allensworth was this utopian community," said Steven Ptomey, the Cultural Resources Program Supervisor of California State Parks Great Basin District. "They were living the American Dream by having their own businesses, owning property. There was a feeling of euphoria, looking forward to the future, building for tomorrow."

The town was named after one of its founders, Colonel Alan Allensworth, an enslaved man who learned to read and write, became a union soldier, and climbed the ranks to chaplain.

"He lobbied for it, he got it, became a captain of chaplains...when he retired, he was the highest ranking African American officer in the U.S. Army," said Ptomey.

He and a handful of other settlers wanted to create a self-sufficient community.

"They worked together to have a town, discovered by Blacks, built by Blacks. It takes, again, that word, commitment. And that's what the people of Allensworth had," said Amanda Moore, who taught in Allensworth in the 60s.

They purchased 800 acres in 1908 and inspired several hundred people to make that vision come to life.

"If you think about it, it's a monumental task. To form a town, it's not like you just, here's a town, show up."

Together, they formed businesses, a voting district, and even a justice system.

The town continued to grow and proved to be successful until tragedy and a series of misfortunes devastated the community.

The Colonel was struck and killed by a motorcyclist in Monrovia, Calif.

"The town tried to rally around some other leaders in the town but it never really recovered from that loss because he was the charismatic leader."

As part of the initial purchase of the land, the Pacific Farming Company promised to develop irrigation water but failed to deliver.

Another blow to its economy, the railway stopped running to the town and farmers couldn't sell their crops.

"The railroad put in a spur line bypassing Allensworth as a commercial stop," said Ptomey.

The number of residents dwindled as many moved away to find other jobs.

The former town is now a California State Historic park, a monument of the Black experience.

"We call it the town that refuses to die because even though no one lives here anymore, it's 113 years later and we're still talking about it," Ptomey said.

Modern-day Allensworth is right outside of the state park where Hispanic people now make up the majority of the population.
Report a correction or typo
Related topics:
societyblack historyblack history monthrace in americarace and culture
Copyright © 2021 KFSN-TV. All Rights Reserved.
BLACK HISTORY MONTH

From cleaning bathrooms to an eyelash extension empire

This group of doctors administered 4,000 COVID-19 shots in one day 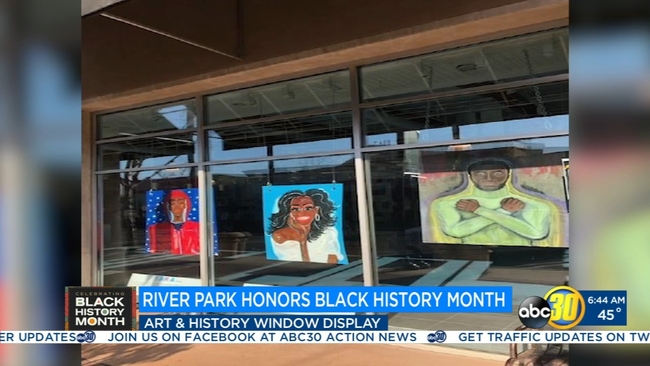