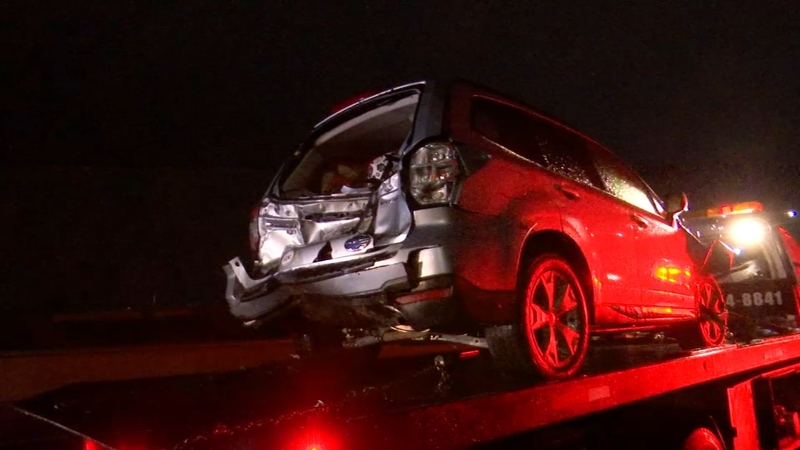 MADERA, Calif. (KFSN) -- A Madera man accused of being intoxicated when he killed a Merced man and critically injured his wife made his first appearance in court this morning.

Amado Mendez-Ventura pleaded not guilty to the charges.

Prosecutors claim the suspect was under the influence when he hit and killed a driver and critically injured the driver's passenger on Sunday, but defense attorneys argue he was under the legal limit.

"There were three different breathalyzers, one was a .07, one was a .05. There was a .04," said defense attorney Michael Mitchell.

California Highway Patrol officers arrested Mendez-Ventura shortly after they say he was intoxicated when he hit and killed Josh Eisen along Highway 99 and Clinton.

They also say Mendez-Ventura also left the passenger, Jen Ramos, fighting to survive in the hospital.

Mendez-Ventura's attorney says the breathalyzer and blood tests were taken minutes after the accident and the crash could've been the result of wet weather.

"On the day this occurred, it was rainy, windy. It's possible his car hydroplaned and led to the accident," said Mitchell.

Coworkers like Jesse Ornales are still devastated from the news.

Ornales works for the Youth leadership Institute, and is Ramos' supervisor at We'ced Youth Media in Merced, where the 26-year-old is a writer and mentor.

"Jen has been such an incredible mentor to young people to ensure they are seen and heard and they're lifted as leaders across the community in Merced," says Ornales.

Since the crash, coworkers, friends, and even major league baseball players have spread a crowdfunding page started by Ramos' parents.