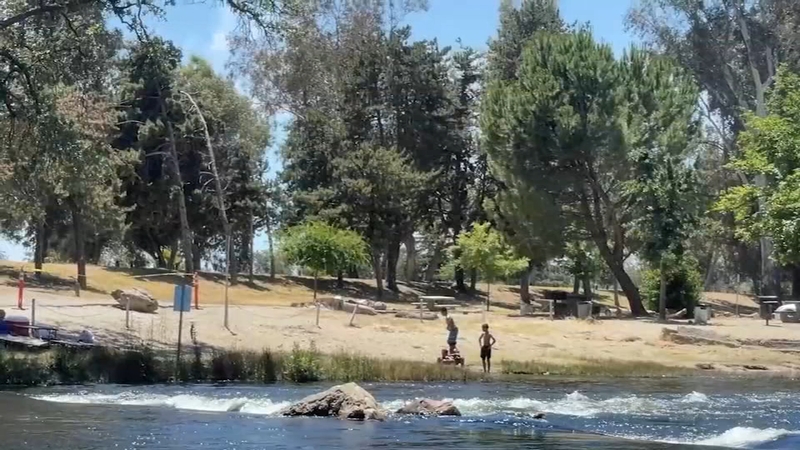 FRESNO COUNTY, Calif. (KFSN) -- A deadly weekend on the water in Fresno County.

Brothers drowned at Avocado Lake and another person was rescued after nearly drowning at Lost Lake.

Water rescue crews are weary about what's to come as temperatures heat up.

"It's a lot of drownings in a short amount of time," said Fresno County Sheriff's Office Sgt. Jeff Stricker.

On Sunday, one person nearly drowned at Lost Lake and two brothers did drown at Avocado Lake.

#BREAKING @FresnoSheriff has identified the two men who drown at Avocado Lake yesterday as Silverio Calihua, 25, and Alvaro Calihua, 23. They are brothers. Officials say the exact circumstances of what lead to the drowning is unknown. @ABC30 pic.twitter.com/4MP8PVd2Q4

Silverio was out of the water by the time first responders arrived and was rushed to the hospital where he later died.

The specific circumstances of what led to their drowning are unknown, but officials say plant life at the bottom of the lake can easily get tangled around swimmers and be dangerous.

On Monday, the Fresno County Sheriff's Office first responders were back on the water, training for the next time they're called out.

As the heat starts to creep in during the summer months, many people try to escape to the water to cool off. But most people don't realize the water temperatures are in the low 50s.

Officials say people also have to be careful because the quick currents can pull them downstream.

The shore edges can drop off without warning and takes a person right into the current.

"If you take a wrong step, you can get out into the current and the current just takes you, especially if you're not a good swimmer," Sgt. Stricker said.

Monday, the team practiced water rescues with Eagle One in the San Joaquin River.

They dropped a person in the water and the helicopter moved in.

A harness was dropped down for the person to put under their arms and they were carried to shore.

"We try to practice as much as we can, that way, when the time comes, we know exactly what we're doing, know how to do it and hopefully save a life or two," Sgt. Stricker said.

The Fresno County Sheriff's Office says they've had five or six drownings so far this year.

Officials say people need to be aware around rocks where their legs or feet can get wedged.

They say trees create a danger too because the water rushes around them.

That water can pin people up against the tree and make it hard to escape.

Officials say you should always wear a life jacket.

If someone is in the water and needs to be rescued, officials say, many times, a person's first instinct is to go in after them.

First responders say that can sometimes turn into two people in trouble.

They suggest staying on the shore and using a rope, long stick or pool noodle to help rescue them and calling 911 immediately with their exact location.