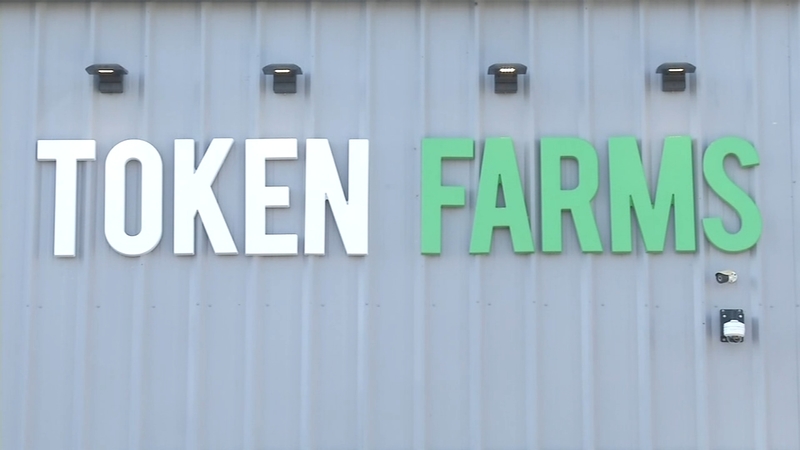 VISALIA, Calif. (KFSN) -- Token Farms was the first cannabis dispensary to get the green light from Farmersville city council earlier this year.

On Thursday night, they held a test run of sorts, welcoming friends, family, and Action News cameras inside the store.

Once someone walks onto the sales floor, Token Farms Owner Jennifer Mendonca says associates are there to help, but customers don't have to interact with them.

"You can come in; you can just browse the sales floor, look to see if the strain of cannabis you were looking for is there," Mendonca said. "And then, if you do decide to purchase, we'll gather those items off the sales floor for you and escort you to the register."

Token Farms started as a medical marijuana delivery company, so Mendonca relied on her old business partners to get the dispensary fully stocked.

"It was as simple as just picking up the phone and start calling them-'Hey we're back online,'" Mendonca said. "And everybody was just super excited like 'Oh my Gosh, I can't believe you finally made it. You've been working on this for years.'"

Construction only finished about a week ago.

In that time, Token Farms hired 16 associates-out of more than 1,000 applicants.

On Friday, they officially opened to anyone over the age of 21.

But they won't be the only player in town--Valley Pure and Platinum Connection, Farmersville's other dispensary permit-holders, plan to open on the same street.

"It's everywhere," said Exeter's Brandon Lytle, who came to Token Farms on Friday. "You know at least now we're getting money from it, putting it towards the community instead of in drug dealers' pockets and stuff like that. Let's do it the right way. Let's build our cities out here and keep our communities together."

And while the city council has the final say on how those dollars are spent, they haven't had that conversation yet.

"There are different options for us, of course," Gomez said. "Infrastructure, public safety are two main concerns. Parks, recreation."

The city does know they will hire another police officer whose focus will be on the cannabis industry.

And Token Farms is required to have their security whenever they're open.

The city of Farmersville doesn't currently allow cannabis deliveries, but that could eventually change.