Local politicians weigh in on Gov. Newsom's plans to reopen the state June 15 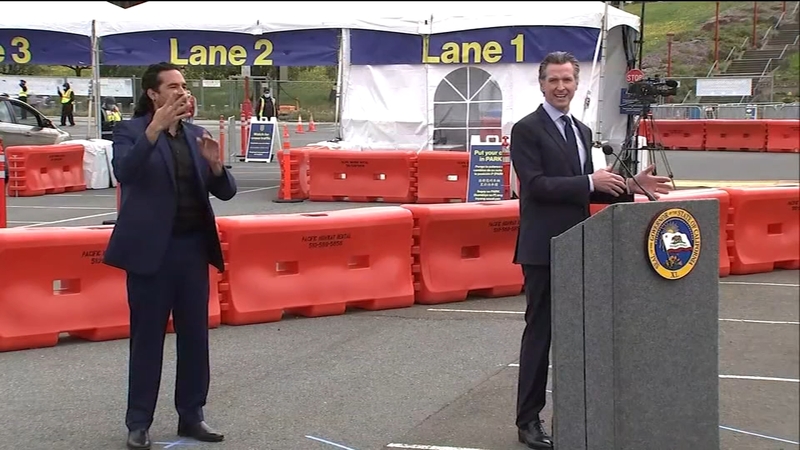 Local politicians weigh in on Gov. Newsom's plans to reopen

FRESNO, Calif. (KFSN) -- Governor Gavin Newsom announced the state is aiming to reopen all businesses without capacity restrictions in mid-June.

Now, local politicians are weighing in on the announcement.

The full reopening is contingent a sufficient vaccine supply and making sure hospitalization rates are stable and low.

If those metrics remain, businesses will be able to fully reopen.

"I'm happy for the business owners and the mom and pop stores up and down California that are so desperately in need of customers and shoppers," said Randy Economy, the senior advisor for Recall Gavin Newsom 2020.

Newsom said he's announcing the potential change based on a low case rate across the state, a widespread supply of vaccines and a low number of hospitalizations.

However, there are questions about whether or not it's a political move due to the upcoming recall election.

"The trends he's sighting are real, but he's going to have a little difficulty escaping the idea that this is simply political pandering and certainly, his opponents can use that against him," said Thomas Holyoke, a professor of Political Science at Fresno State.

Assemblymember Jim Patterson said he didn't know if it was a political move, but said likely the governor felt the sentiment of Californians across the state.

"I think he's responding to a legitimate undercurrent of discontent in the state of California," said Patterson.

Patterson and Economy believe the action could've been taken sooner, citing other states successfully reopening and the impact on local businesses.

"The economic damages that were caused by the decisions of this governor will be felt for years," said Economy.

"You know, the governor didn't want to shut down the state, nor did any other governor," said Rep. Jim Costa.

He also said he doesn't believe the announcement to potentially reopen was motivated by politics.

With COVID variants in the state and the Central Valley, political analysts worry an uptick in cases could change Governor Newsom's plans to reopen.

"Locking down the state again after promising to open it up? That would not go over well with the electorate," said Holyoke.