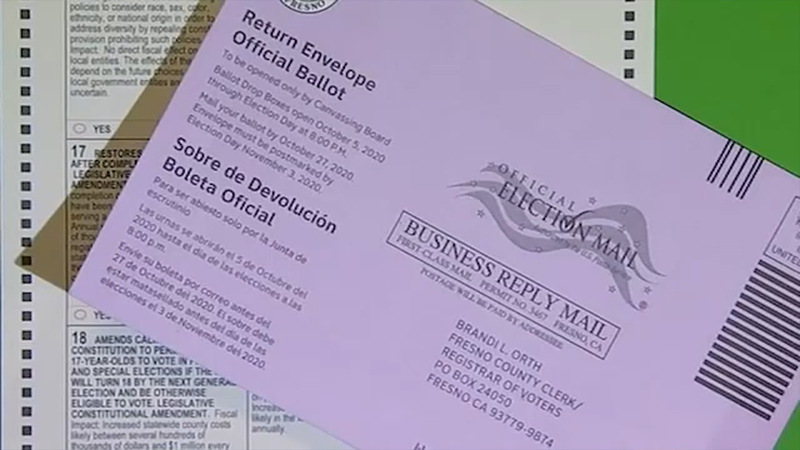 FRESNO, Calif. (KFSN) -- Registered voters can expect to start receiving recall ballots in their mailboxes by mid-August -- ahead of the September 14 election.

The ballot will ask voters if Democrat Gavin Newsom should be removed as governor and if so, who should replace him.

The recall will cost taxpayers $276 million.

It is just the second such election in the state's history, but less than 20 years since Arnold Schwarzenegger replaced Gray Davis in 2003.

Kus says despite the recall's hefty price tag, it will not cost the county a dime.

"In Fresno County, our estimate is about $3 to $4 million," he said. "The California legislature has committed to paying for all of that, so this will be something paid for by the state and it won't be coming out of county dollars."

While the state will cover the cost of the recall, the challenge many counties face is that the election was called just 75 days prior to voting day.

Offiicals say they are treating the recall like a gubernatorial general election despite the short notice to prepare.