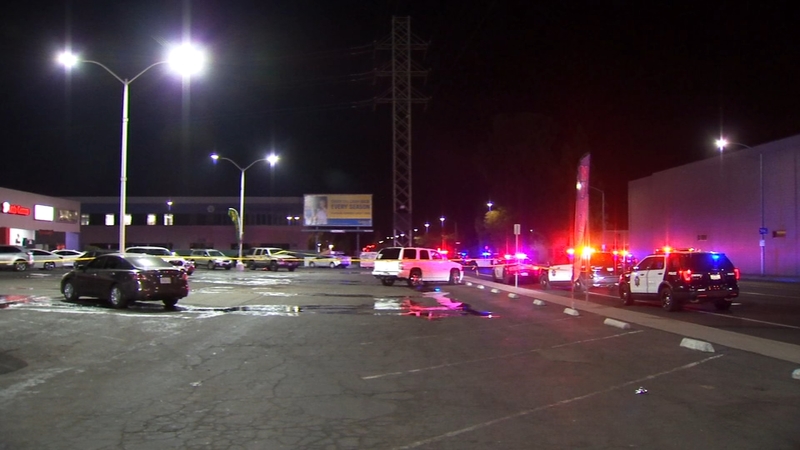 FRESNO, Calif. (KFSN) -- The doors at Ewell's Place off Dakota and Blackstone were closed Saturday evening, as police search for two men who opened fire right outside the bar Friday night.

"A darker SUV pulled up and there was some kind of disturbance and shots were fired," says Fresno Police Lt. Charlie Chamalbide.


The shooting happened in the parking lot.
According to detectives, there was some kind of exchange between those in the SUV and a man in his 20's.

At least one of the men inside the vehicle opened fire -- shooting multiple rounds. Police say a single bullet struck the young man in the head.

"They rushed him up to surgery and we have not been able to get a statement from him at this point," Chamalbide said.

At that moment. detectives say a woman in her 40's was standing outside the bar.

"As they were shooting at the male, she happened to get struck," Chamalbide said. "She was an innocent victim at the wrong place at the wrong time."


A bullet hit her in the face. The suspects drove away.

As police search for those responsible, they continue looking into the motive.

"It is not a place where gang members congregate so at this point, we are not sure what the motive for the shooting is," Chamalbide said.

Currently, the male victim is recovering at CRMC and investigators tell us he is in critical condition. Meanwhile, the female victim is expected to survive.