The suspect was taken to a hospital where he later died. His name has not been released.
KFSN 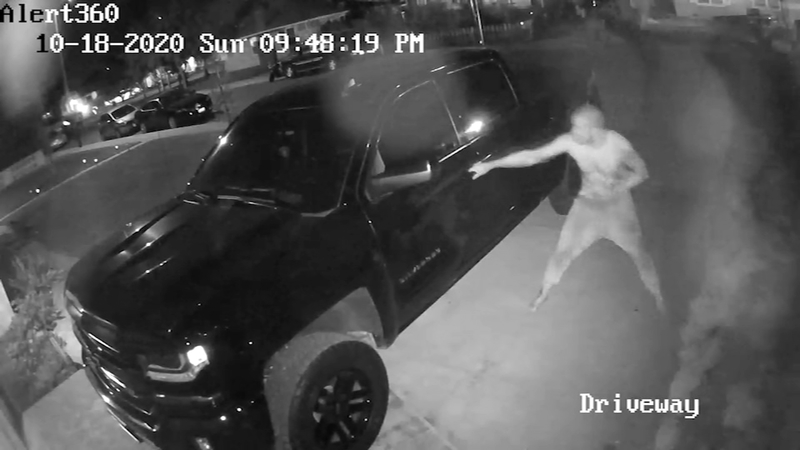 FRESNO, Calif. (KFSN) -- Fresno Police say Gregory Putnik tried to carjack a woman, then burglarized a home and stole a rifle over the weekend.

His crime spree only ended when police say they were forced to open fire. Putnik was shot and killed.

He checked the doors of a Chevy Silverado several times then tried breaking out the windows.

When that didn't work he used a portion of the rifle to shatter the front window. Luckily, the family was on the other side of the house. And he moved on.

Russ Allen was sitting on his porch when he heard gunshots. Police believe it was Putnik shooting at a group of teenagers.

Moments later, neighbors a few blocks away noticed someone very unusual marching down their street.

"Some guy just appeared out of nowhere. He was wrapped in a blanket and the police started telling him to stop, lay down, put the guns down, many times. And this guy just kept walking," says Stan Noia.

Allen's home surveillance cameras captured a portion of the incident that ended on his street. The suspect passed right by his home.

"Even after the first round of shots was fired, he still wouldn't drop the weapon, insisting they finished him off. It was horrible," Allen says.

Neighbors watched as a helicopter and drone hovered above, giving officers on the ground a better perspective and second by second information.

Putnik was a parolee at large, wanted in Springfield, Illinois, for an assault on a police officer. He also has a criminal record in Michigan and is listed in warrants as an armed and dangerous felon.

Witnesses said they saw it for themselves. They said police did all they could to stop him.

Officers said Putnik even broke the stock of the rifle trying to break out a marked patrol car, while shouting 'give me the keys'. The officer was not in the car at the time.