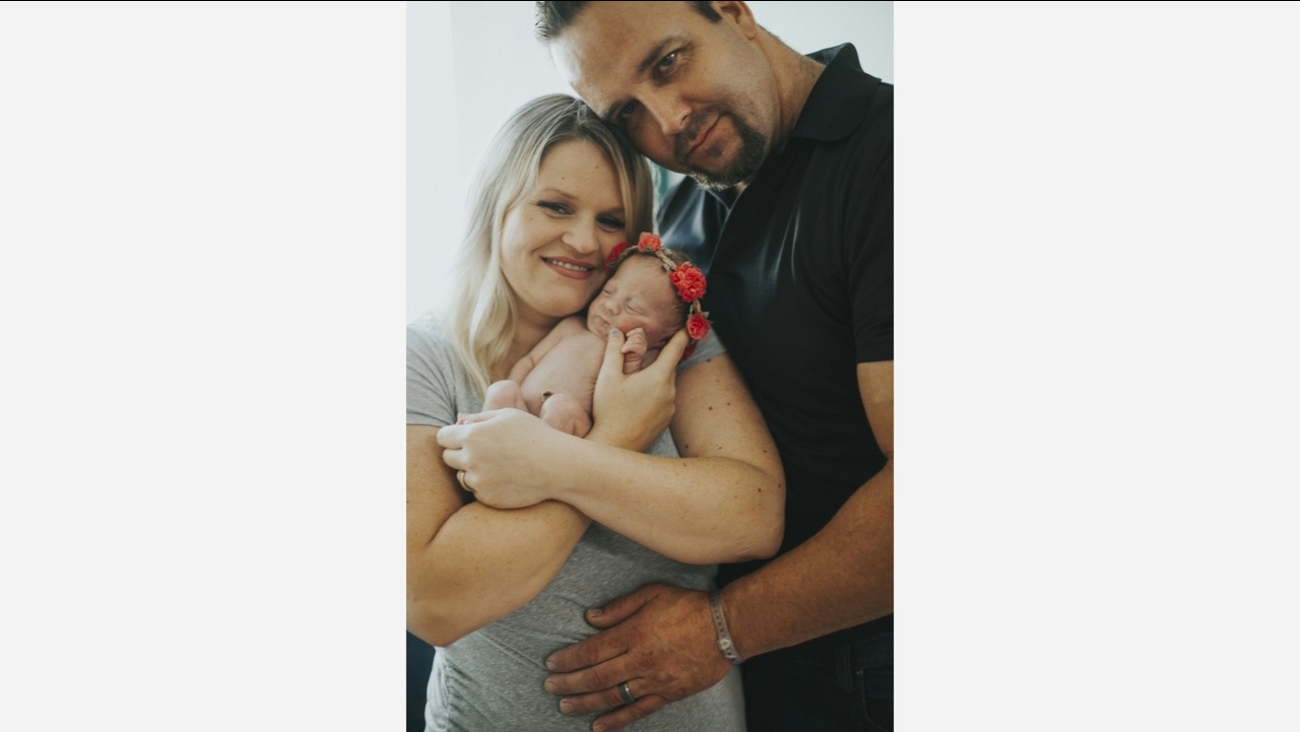 FRESNO, Calif. (KFSN) -- "We're blessed to have her every day. Every day is a blessing."

For Fresno resident Mike Harper, every day with his daughter Lily is a blessing. Before she was born, doctors found she had Trisomy 18, a rare condition that causes organs to develop in an abnormal way.

Mike believes it's his calling in life to make sure Lily gets the best care, not just because of his natural parental instinct, but also because this is his second chance at life. He was a troubled teenager, in and out of juvenile hall and on the verge of going to prison. To help set him on the right path, he spent time at Valley Teen Ranch in Madera County, a group home that helped shape him into the changed man he is today. Now a father of five, he's been forced to mature a lot, especially with decisions he's had to make with Lily.

"They gave us the option to abort," he said. "They said the quality of life wouldn't be very good, that she'll have a lot of conditions, a lot of doctor appointments."

But for Mike and his girlfriend, that was not an option.

"I love all my kids. There's just no way that I was gonna give up on her. We felt that she would be our miracle child. The exception."

Months later, in the hospital, when Lily was born, he says he was told he may want to say his goodbyes. Again, for Mike, that was not an option. He says he pleaded, cried, and broke down right there in the operating room, asking them to not let her die. An hour later, he says they brought her into the recovery area with color, crying, and appearing very healthy.

"You can't really tell that she's sick from the outside, but there's a lot going on, on the inside. She coos and makes all the normal baby noises and she smiles. She's precious. She's a precious little baby."

Problem is, if she gets sick -- even the common cold -- he says it can be fatal. That's why she takes a medicine called Synagis, which helps keep her from getting sick. It's $1,800 a shot, taken three times a year, something that is not covered by their insurance.

"She means so much to us and it would be terrible if she was to get sick and pass because of a simple shot that she didn't get."

So far, Mike has been scraping by, partly due to the fact that his checkered past has made it hard for him to find employment. Recently, he became skilled in decorative and stained concrete, so he's trying to get started on his own business. He says he isn't looking for handouts, just hoping to book his schedule with clients in order to earn enough money to pay for Lily's shots.

"She so far is beating all the odds and is overcoming lots of boundaries and obstacles."

He's thankful for that, but also says he feels blessed for people who were willing to help him both as a troubled teen and now as a father going through a difficult time in his life. For more on Mike and his business, contact Valley Teen Ranch through its Facebook page.
Report a correction or typo
Related topics:
community & eventsfresnofaces of the valley
Copyright © 2021 KFSN-TV. All Rights Reserved.
FACES OF THE VALLEY
Story behind inspirational Centerville sign off Highway 180
Volunteer cuddlers provide comfort for babies at Valley Children's Hospital
Fresno advocate spreads awareness about child abuse
Fresno State student celebrates a life full of purpose
TOP STORIES
Valley health officials bracing for arrival of new COVID-19 variant
Fresno police share tips for protecting your packages
Man shot multiple times, possibly at party in southwest Fresno
Fresno Co. man accused of stabbing his mother, killing her boyfriend
Fresno State student killed in early morning crash on highway
Boy life-flighted after being shot in Tulare County, deputies say
1 killed, 1 hospitalized after stabbing in Auberry, deputies say
Show More
What is omicron? What to know about new COVID variant
Holiday shipping deadlines to get packages mailed on time: LIST
Ahmaud Arbery's mother speaks out after murder trial verdict
This holiday season, adopt a Valley shelter animal and give it a home
Fresno thrift store hosting its annual World Famous Bag Sale
More TOP STORIES News