KFSN
By Dale Yurong
FRESNO, Calif. (KFSN) -- Medical experts indicated a new Coronavirus variant - L452R - was quickly spreading throughout California. They also worried it could be more infectious than the original strain but more research needed to be done.

When large COVID-19 outbreaks have occurred, health officials said samples of some infected patients were taken for genome sequencing so the virus structure could be analyzed.

A Coronavirus variant identified as L452R spread quickly among Californians between December 14 and January 3. About 147 samples were taken at that time - mostly from Northern California though samples from Fresno and Madera County were included.

Dr. Chiu explained, "You can see the proportion of cases that are due to the L452R variant, which is this new variant, went up from 3.8% to 25% and this is within less than a month."

The state indicated the L452R variant has not yet been detected in the Valley but was found in 12 other counties.

It was linked to an outbreak at Kaiser Permanente Medical Center in San Jose.


Santa Clara County Health Officer Dr. Sara Cody said, "We did want the public to know that we have had a number of large outbreaks and this variant has been identified in those outbreaks."

The L452R was first identified in Denmark in March.

Genome sequencing allowed experts to trace its spread though the practice is not equally available around the state.

California Public Health Department Epidemiologist Dr. Erica Pan said, "It's common to identify all these variants. As people have heard, this is different from the B1117 UK variant."

More research was needed to determine the L452R variant's transmission rate and how severe the symptoms it can cause.
Report a correction or typo
Related topics:
health & fitnessfresno countycoronavirus californiacoronaviruscovid 19 vaccinecovid 19
Copyright © 2021 KFSN-TV. All Rights Reserved.
CORONAVIRUS CALIFORNIA 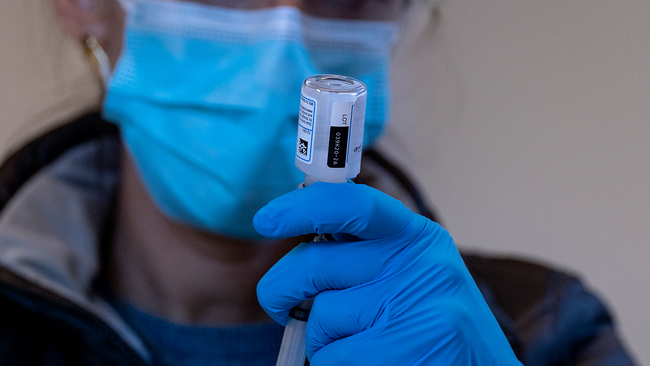