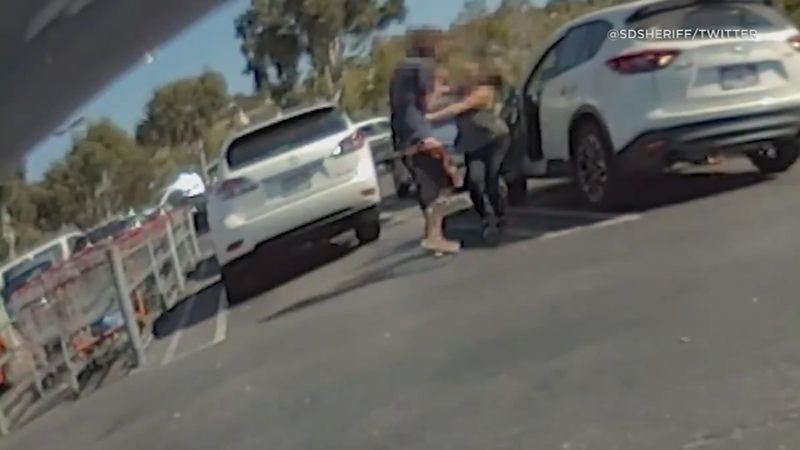 VISTA, Calif. -- Surveillance video shows the moment that a man allegedly tried to kidnap a 2-year-old child from a car in a Costco parking lot in the San Diego area.

On Sept. 19, deputies responded to the parking lot on Hacienda Drive in Vista following the incident.

Video released by the San Diego County Sheriff's Department shows the man walking up to the SUV and opening the back passenger door as it was backing out of the parking spot.

That's when the mother gets out of the driver seat to confront the man as the car continues to move backward. Deputies arrived shortly after.

The man, identified as Adam Glavinic, was arrested for attempted kidnapping and being under the influence of a controlled substance and booked at the Vista Detention Facility.

The department released the video following outrage over the suspect posting bail a day after he was arrested.

"It is understandable that anytime an incident involves a child in the vicinity of an event, it can produce fear and anxiety on the part of parents and community," the department said in a statement.