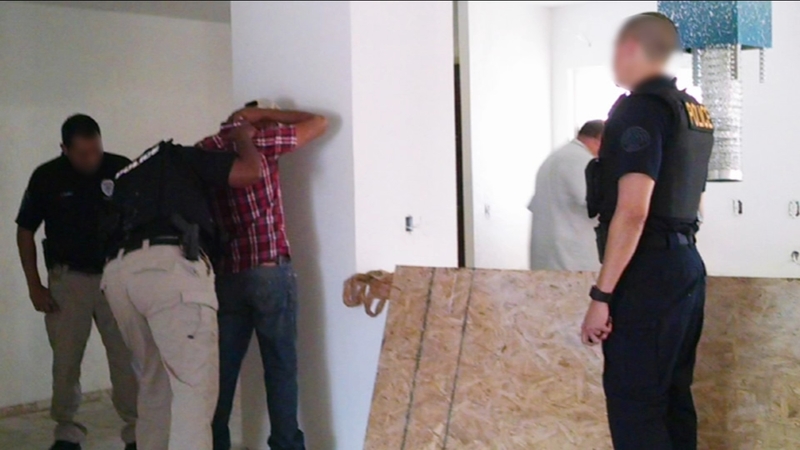 Crackdown on non-licensed contractors in Fresno

FRESNO, Calif. (KFSN) -- From tree trimmers, to painters, and pool repairers, Workers who thought they were showing up for bids at a Southeast Fresno home, were caught up in a sting by the State Contractor's Licensing Board. The target: businesses who are operating without licenses and insurance.

State officials say doing business on the up and up is difficult when you are getting undercut by those who are operating without the proper licenses and permits.

Enforcement Supervisor Winston Horn said, "What we're trying to do is create a level playing field."

State enforcement officers asked businesses to bid on a job at a house that needed some sprucing up. One by one the nonlicensed trucks pulled up to give job estimates.

State officials say some of the businesses were targeted because of advertisements they thought seemed a little suspicious. In other cases, legitimate contractors tipped officials off.

"Sometimes when they lose a bid, they are saying, you know I know I lost this bid to somebody who is not licensed because they underbid me in a way that I just could not be able to afford that price."

Work performed by licensed contractors has some benefits. If it doesn't turn out as it was expected, or the quality of work isn't up to par, the state can step in to investigate. There is a four-year statute of limitations for contractors, but there are no guarantees on those who are non-licensed.

During the latest bust, nine people were cited and now face charges related to illegally operating. Legally, nonlicensed contractors cannot perform work over $500 including labor and materials. But many of those caught in the sting gave estimates from $1,000 to over $6,000.

Depending on the circumstances, some of the individuals were just educated and given information about where and how to get a license.