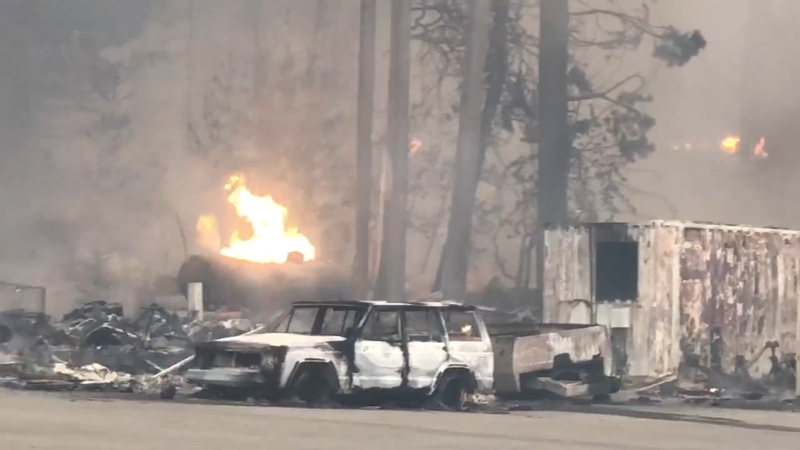 FRESNO, Calif. (KFSN) -- The Creek Fire damaged part of China Peak Mountain Resort near Huntington Lake and ignited a bunker of explosives as it tore through the area, according to resort management.

As the fire burned, Cohee warned CAL FIRE about a bunker of explosives that are used for avalanche mitigation.

Firefighters secured a perimeter around the bunker before the explosives went off.

"Those bunkers failed so there was an explosion," said CAL FIRE PIO Edwin Zuniga. "But we're happy to report that no firefighters were injured in that explosion."

Despite that damage, Cohee said that he wasn't aware of any damage to the Ski Lodge at the base of the mountain or the marina on the lake as of Wednesday morning.

Earlier in the week, hikers and backpackers had used the ski resort as a refuge when the Creek Fire closed Highway 168, blocking their exits from the area. Those people were eventually airlifted from China Peak and brought to Fresno.