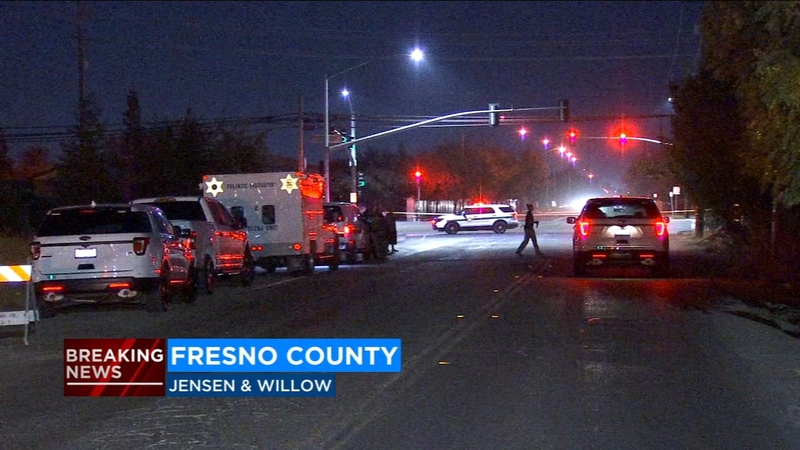 FRESNO, Calif. (KFSN) -- Fresno County Sheriff's deputies are investigating a suspicious death inside of a vacant home on Jensen and Willow Avenues, where the body of a man was found late Sunday afternoon.

Authorities say the body appears to have traumatic injuries to the head. They believe the man's body had been there for more than a day when it was found.

"It was originally called in at 4 p.m. this afternoon by a man scrapping metal, found in one of the homes in the back of the property," said Fresno County Sheriff's Office Quintin Hawkins.

Investigators say traumatic injuries found on the victim's head are leading them to call the death "suspicious" as they investigate.

They have not found any weapons inside the home and have detained two people to get more information.