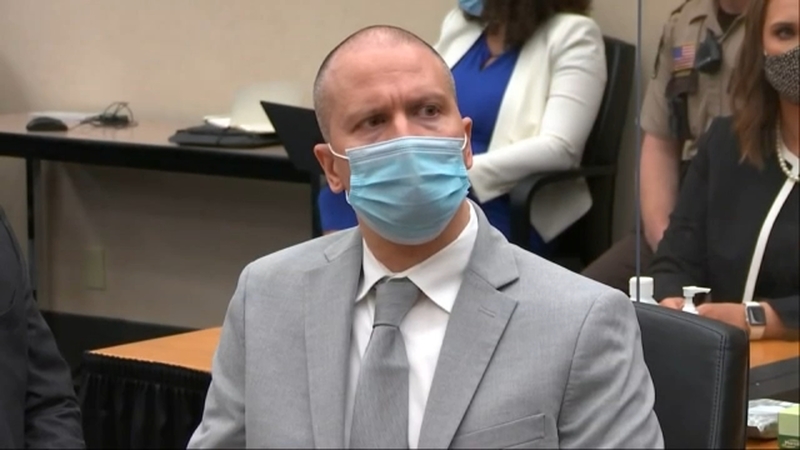 FRESNO, Calif. (KFSN) -- "The court commits you to the custody of the commission of corrections for a period of 270 months."

"I personally wish it was longer, but I think under the circumstances, listening to what the judge's explanation was, that's an acceptable sentence," says retired Fresno Police Capt. Al Maroney.

Maroney says the sentence is a big step towards healing and closure.

"It is comforting that we at least were able to see the justice system work in order to give some sense of satisfaction to the family," he said.

"We used to have dinner almost every single night before we went to bed," says Floyd's daughter, Gianna. "My daddy always used to help me brush my teeth."

The family had a chance to share their impact statements before the sentencing was handed down.

Judge Peter Cahill explained it was not based on emotion or sympathy and determined there were aggravating factors in Floyd's murder.

"At the end of the day, he murdered a man, you know, on camera," Maroney said. "So how do you say, well, he's a police officer, he was just doing his job, we should forgive him. That's not how the system is supposed to work."

Chauvin is expected to appeal his case.