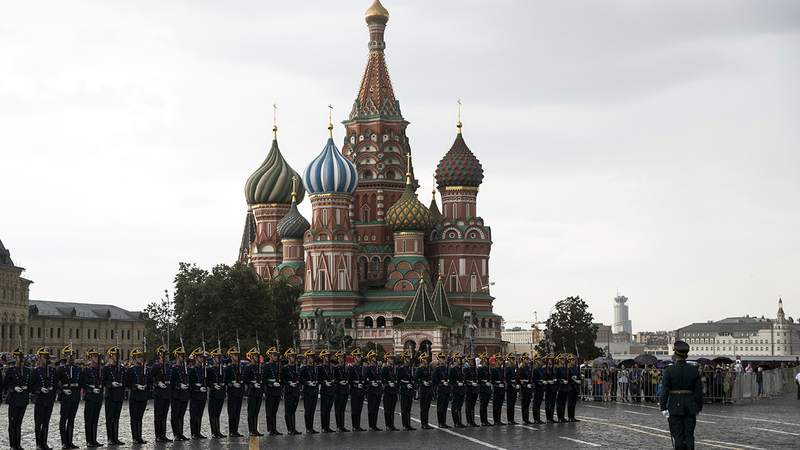 WASHINGTON -- A Department of Homeland Security report obtained exclusively by ABC News raises questions about how the Trump administration is dealing with possible foreign interference in the 2020 presidential election, revealing that a warning about Russian dirty tricks was pulled two days before it was set to go out to law enforcement.

The draft bulletin, titled "Russia Likely to Denigrate Health of US Candidates to Influence 2020 Election," said intelligence analysts had determined with high confidence that Russia is attempting to convince voters that Democratic presidential nominee Joe Biden isn't mentally fit to be president.

It was submitted to the agency's legislative and public affairs offices for review on July 7 and was scheduled to be released on July 9.

The bulletin was intended to be a warning to alert local, state and federal law enforcement of the possible Russian scheme.

As evidence, the bulletin cites stories by Russian controlled news outlets from Sept. 2019 until May of 2020, which claim -- without proof -- that Biden's "verbal miscues are symptoms of dementia."

"We assess Russian malign influence actors are likely to continue denigrating presidential candidates through allegations of poor mental or physical health to influence the outcome of the 2000 elections," the bulletin said.

The bulletin also said Chinese and Iranian state-controlled media had been raising questions about the mental fitness of President Donald Trump.

Just an hour after receiving the bulletin, DHS Chief of Staff John Gountanis pumped the brakes on its release.

"Please hold on sending this one out until you have a chance to speak to AS1," he wrote, referring to acting homeland security secretary Chad Wolf.

That was nearly two months ago, and the bulletin was never issued.

In response to this reporting, a DHS spokesperson told ABC News: "While DHS generally does not comment on leaked documents, this particular draft product lacked the necessary context and evidence for broader dissemination outside of the Department of Homeland Security's Office of Intelligence and Analysis (I&A). After briefing the Acting Secretary, I&A leadership delayed the product for further review."

The spokesperson also noted that DHS did share three other reports on election security with state and local law enforcement.

The Trump campaign's messaging on Biden's mental fitness has been similar to the one the bulletin attributes to the Russians.

In June, it ran a brutal television ad titled "Fortitude" that worked to paint a dire picture of Biden's mental state -- shortly before the DHS document was drafted.

In a statement to ABC News regarding the DHS bulletin, Trump campaign spokesperson Tim Murtaugh said, "We don't need or want any foreign interference."

"There's no question that the President has been tougher on Russia than any president before him, imposing sanctions and expelling diplomats, in contrast to the Obama-Biden Administration, which choked in the face of Russian interference," he said. "President Trump will beat Joe Biden fair and square."