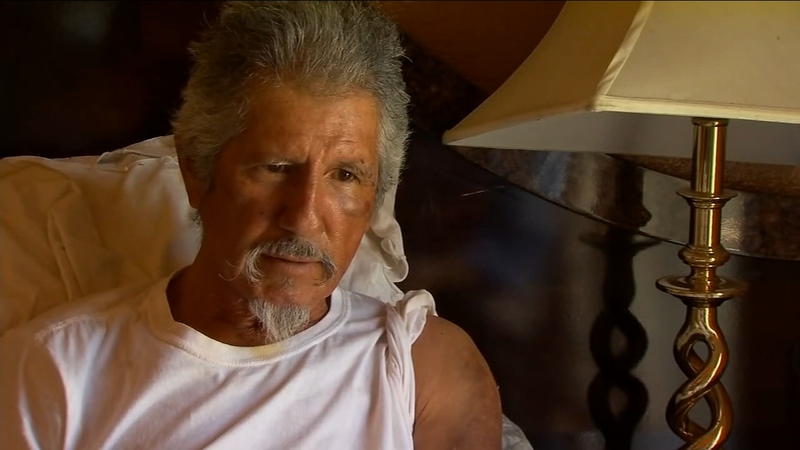 FRESNO, Calif. (KFSN) -- Dinuba police are looking for three young men who beat and robbed a man in a city park. The victim sustained painful injuries when he was attacked.

Alfredo Nunes Robles is recovering at home after the beating he received Saturday night. He has cuts and bruises on his head and arms and a dislocated shoulder.

He told police he was attacked by three young men.

Lt. Abel Iriarte described what happened, "they took his cane away from him and started beating him around the head. They began punching him and he went to the ground and on the ground, they began to kick him."

Alfredo does not speak English. He is a farmworker who has lived here more than 30 years. He is a legal resident but is worried because his green card and social security card were in his wallet. There was no money.

He was walking across Vuich Park heading to the store to cash in a lottery ticket to buy juice for his grandson.

"A lot of times Hispanics or Mexican nationals that spend time at the park for leisure and they get assaulted and they don't report it. A lot of times it has individuals taking advantage for that reason," said Iriarte.

But Alfredo's wife and three children wanted to bring attention to this attack to stop it from happening to another innocent person.