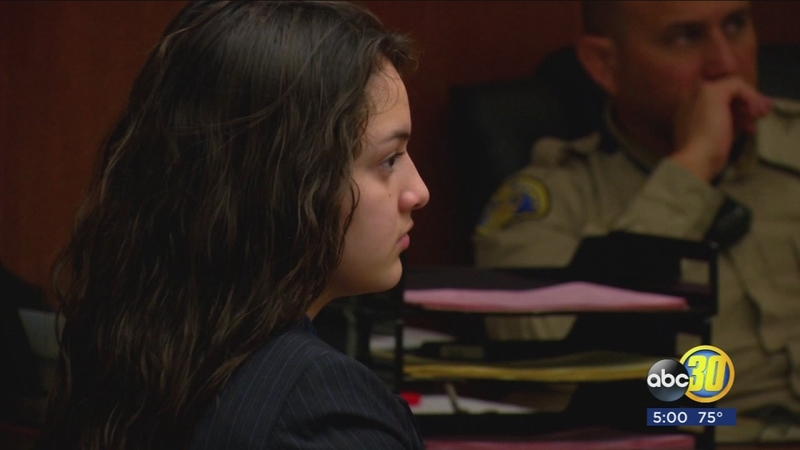 FRESNO, Calif. (KFSN) -- Visalia Police Detective Jacob Sorensen got to the corner of Prospect and Turner at around seven on the night of May 27.

Minutes before, a car had hit someone and then drove away with the victim, Eric Fisher, underneath it.

The intersection is where Fisher was eventually freed from the car-he died later that night at the hospital. The scene was graphic and spanned a city block.

"I could see a long trail that initially looked like skid marks, it looked like something was kind of burnt into the pavement. I was able to later determine that that was blood, body matter," said Detective Sorensen.

Sorensen says the pieces ended up matching up with the suspect vehicle they found in the driveway of a Visalia home the following day-an anonymous tip had lead police there.

But that is not all police found after they seized the car.

"This is a picture of the undercarriage of the suspect vehicle. As you can see there's a small amount of blood on the bottom of the bumper and blood continues from pretty much from the rear, the gas tank, all the way up to pretty much the oil pan on the front of the car."

Police found out Chaylin Funez, the alleged driver, was living in the house where they found the car. She was not home, so they searched her room and found a shipping label with her boyfriend's name and phone number on it.

"We were able to conduct a record check on that phone number and it came back to the 816 West Prospect address."