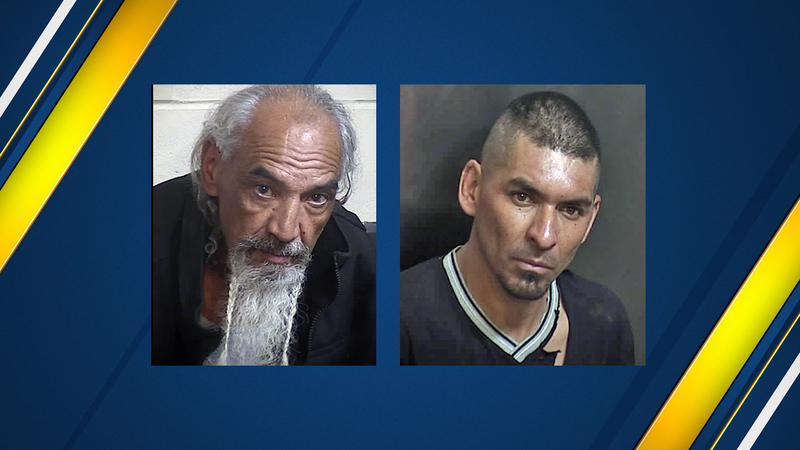 On June 11, a woman told deputies that she had been stabbed. They learned the incident happened at a home on N. Floyd Ave.

The woman told deputies she got into an argument with Ayala that turned into him choking and stabbing her. She was able to escape and contact authorities.

On June 12, deputies say Sainz got into an argument with his ex-girlfriend at his home. They say she left in her car and that Sainz followed her near Lincoln and Academy.

Deputies say Sainz cut her off, got out of his car and approached the girl with a gun, shooting her car multiple times.

The girl was able to escape unharmed and contacted authorities.

Deputies arrested Sainz near Central and Peach. They found five guns and two knives in his car.