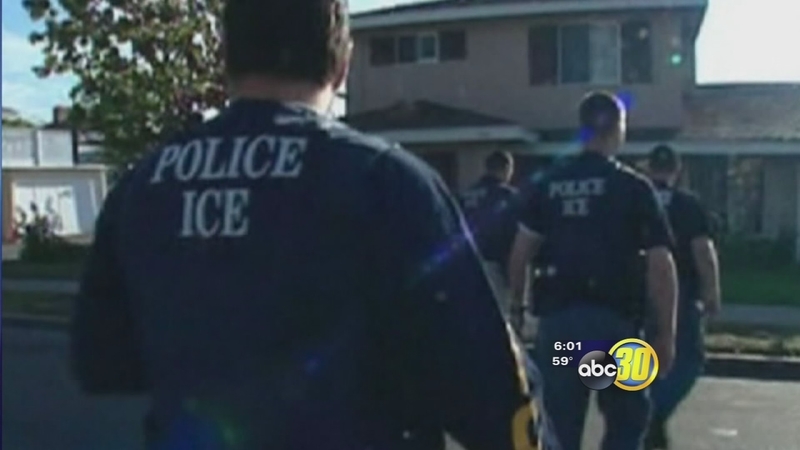 FRESNO, Calif. (KFSN) -- One part of President Donald Trump's new immigration order would be to deputize local officers to enforce federal immigration law. It's actually an idea that started under the Clinton administration and Trump is now trying to revive it.

Two Central Valley sheriffs said they're having a hard enough time trying to catch criminals in their own areas so the last thing they want to do is start rounding up illegal immigrants for deportation.

"We will not be involved," Fresno County Sheriff Margaret Mims said. "The federal government cannot force, especially sheriffs, to take federal action, and I think that's really important to have that local control."

Merced County Sheriff Vern Warnke agrees with Mims and says Mr. Trump's proposal would be a huge detriment to his department.

"It would be like them coming to me and saying, 'Sheriff, now we want you guys to take all the cats and rescue every cat out of a tree,'" he said. "We don't have the resources to continue to do those things. We're barely squeaking by as it is and most of my sheriff brethren are too."

Traditionally, local police have stayed out of immigration enforcement and left those duties to federal authorities. Immigration and customs enforcement or ICE has over 1,500 agents stretched out across the country monitoring citizenship checks of people in local jails.

"I think just letting loose our personnel to do immigration enforcement is counterproductive," Mims said. "Now I will help ICE anyway I can for them to do their jobs but the best place to start is in our jails."

"When we go out and take reports of people who have been victimized, we do not ask what their legal status is," Mims said.