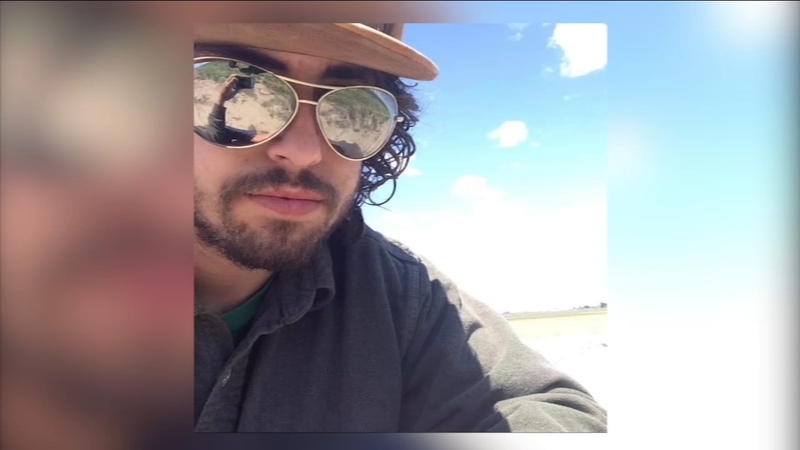 "It's very rough conditions right now, and the longer you stay in, hypothermia will set in," said Pacifica Police Captain Joe Spanheimer. "But we are going to try our best we will do passing checks throughout the day."

A group of friends told police that they'd been staying at a nearby hotel near Rockaway Beach, and two in the group decided to go into the water.

One returned, but friends soon realized Collins was missing.

"You have riptide and dangerous undertow not always visible but makes it difficult to come back to shore even though it may be very close," Spanheimer said.

"I was shocked because I've seen his face and I was like oh I know that person," said resident Sarah Vega.

Vega didn't want to show her face but says she's friends with Collin on Facebook and sees that he's often surfing or at the coast with friends.

She went to Dos Palos High School at the same time as Collins. He was an athlete.

"He did play football. Very laid back. Well-liked. He's very well-liked. He was pretty popular; a lot of people know him," she said.

Jenna Mayfield says she's a friend of the family and shared photos of Collin, describing him as adventurous, intelligent, and hardworking.

She added that he has "the sweetest, kindest heart" and that this situation is "devastating."

Vega says she's still holding onto hope, as the Coast Guard continues to search the waters for the missing swimmer.