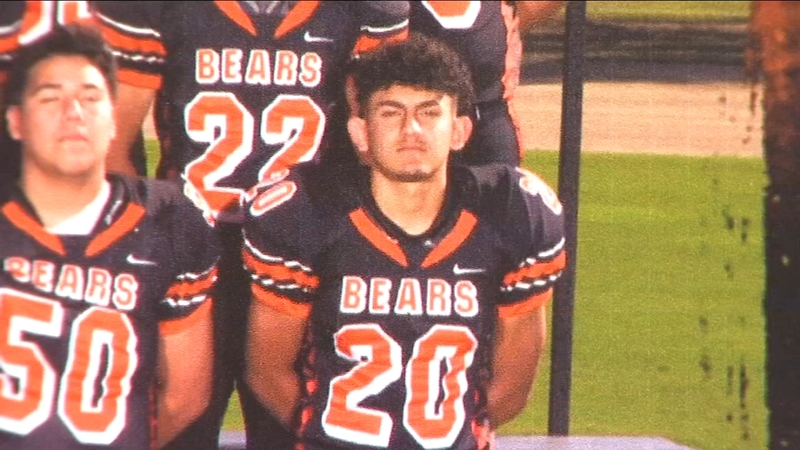 FRESNO, Calif. (KFSN) -- The accident happened just before 5 p.m. on Saturday and now condolences are pouring in for then both on social media and at Selma High School.

Action News spoke with Ramon's mom. You could hear the heartbreak in her voice.

She was not ready to talk on camera but says she wants to thank everyone in the community for their love and support.

Dozens came out whether they were teammates, fellow students, even team parents, came out to pay their respects for 16-year-old Ramon Gonzalez.

They say though he made a big impact on the football field, he made an even bigger one on their lives.

Selma High school may be on Thanksgiving break but Superintendent Dr. Tanya Fisher made sure the doors were open for students in search of a place to grieve.

"He got along with everybody. Everybody loved him he was everybody's friend," said Sophomore Jon Ambrose.

Dozens came out whether they were teammates, fellow students, even team parents came out to pay their respects for 16-year-old Ramon Gonzalez.

"He's like the backbone of the team. He was a great leader for his JV team when anything would go wrong he would be there to fix it," said Junior Adam Rodriguez.

Though the sophomore played JV football, both teammates and coaches say he took a leadership role early on in his career, leading by example.

"Just pretty much good kid all the way around bright smile laughing always joking around with his teammates," said Coach Anthony Macias.

"He scored a lot of touchdowns did a lot of good things for us," said JV Coach Chris Tapia.

His coaches say that consistency translated off the field.

"He could change the whole atmosphere of the environment. He's happy very respectful a humble kid," said Tapia.

CHP investigators say Gonzalez was riding his dirt bike on a trail near Clovis Avenue when he crashed into a big rig near Huntsman Avenue in Selma.

Though the cause of the crash remains under investigation, officers say, because of the number of trees that line the trail, the teen likely didn't see traffic coming.

"The players that I've talked to, I tell them they can't be afraid to talk about it and let their feelings out and just be there for each other," said Varsity Coach Matt Logue.