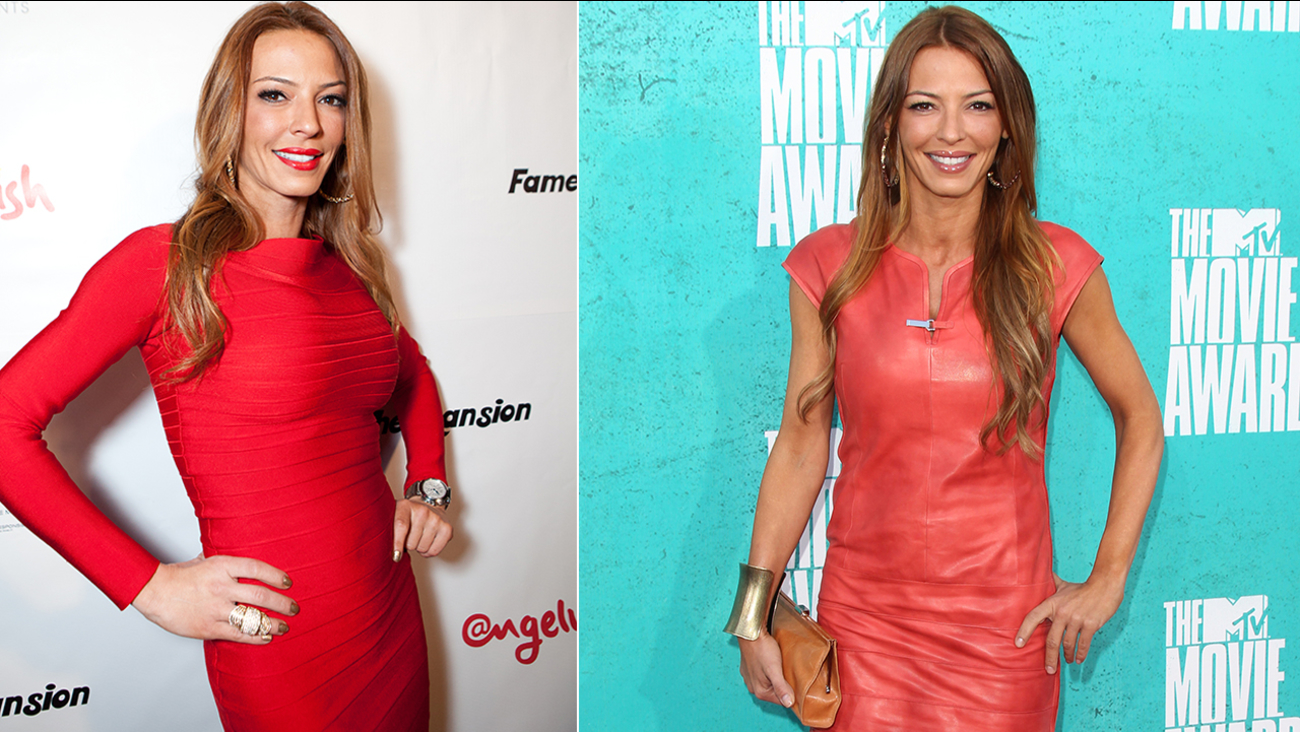 Left: Drita D'Avanzo attends the "Fame At The Mansion" at the Playboy Mansion; Right: D'Avanzo at the MTV Movie Awards, both photos from 2012 (Shutterstock)

PLEASANT PLAINS, Staten Island -- Charges have been dropped against former "Mob Wives" star Drita D'Avanzo, after she and her husband were arrested in December at their Staten Island home following a police raid.

Richmond County District Attorney Michael McMahon said she was not the target of the search warrant that resulted in the arrests on a slew of drug and gun charges.

Federal charges remain against her husband, 50-year-old Lee Davanzo, who returns to federal court in Downtown Brooklyn on March 3.

Authorities say two loaded firearms and assorted pills, including painkillers and anti-anxiety medications like hydrocodone and Xanax, as well as a large quality of marijuana and a scale were recovered at their Pleasant Plains home.

"Following a thorough review of this case, the People moved to dismiss charges against Drita D'Avanzo in the interest of justice. Based on the initial evidence, Mrs. D'Avanzo and her husband, Lee D'Avanzo, were both originally charged by our office with weapons possession and related charges following the execution of a search warrant at their family home. After further review, the United States Attorney's Office for the Eastern District of New York superseded our case and indicted Lee D'Avanzo for the alleged possession of the firearms. Under the theory of constructive possession, it is standard procedure to arrest and charge all parties present when a firearm is confiscated in a common area of a dwelling. Following further investigation, if it can be established who actually owned and exclusively controlled the weapon, the charges are adjusted to reflect that. Additionally, based on the superseding federal indictment, the fact that Mrs. D'Avanzo was not the target of the search warrant, and after a careful review of the evidence, we believe it is appropriate that the charges against Mrs. D'Avanzo be dismissed in the interest of justice. The case against Mr. D'Avanzo will proceed accordingly in federal court."

The investigation reportedly began after the NYPD received tips from the community.