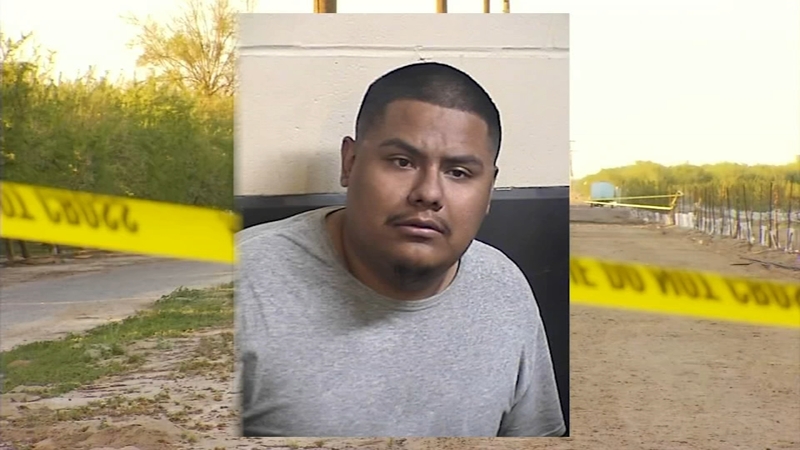 FRESNO COUNTY, Calif. (KFSN) -- The Selma man accused of shooting up a family gathering and killing his father caused some issues in court Tuesday without even showing up.

Eduardo Amaya's family members haven't said much publicly since the shooting last week, but they have told Action News he has mental illness, and mental health will probably be a major element of his defense.

The seat reserved for Eduardo Amaya sat empty Tuesday when he was supposed to make his first court appearance.

"Mr. Amaya is refusing to leave his jail cell," said Judge James Kelley after he called Amaya's case. "Is that correct?"

"Is it your opinion that if he were forcibly removed and brought to court that it might result in injury to him or to correctional officers?" the judge asked.

The 22-year-old Amaya is accused of leaving his family with a permanently empty seat by murdering his father, Marco, as the family prepared to celebrate a quinceañera.

Prosecutors also charged him with attempting to murder three other people including his mother and a 27-year-old sister, who came to court Tuesday with an entire forearm wrapped in a bandage.

But he says mental illness is often connected to criminal activity and the next step in the process may be for a psychiatrist to figure out if Amaya is mentally competent to help with his own defense.

Once he's deemed competent, context from the incident will be the focus.

Capozzi says prosecutors might need to provide a motive - even if it's just a simple argument - if Amaya pleads not guilty by reason of insanity.

"Did he know right from wrong on the day he did it?" Capozzi said. "Did he have some kind of hallucination? Was he under some kind of false belief?"