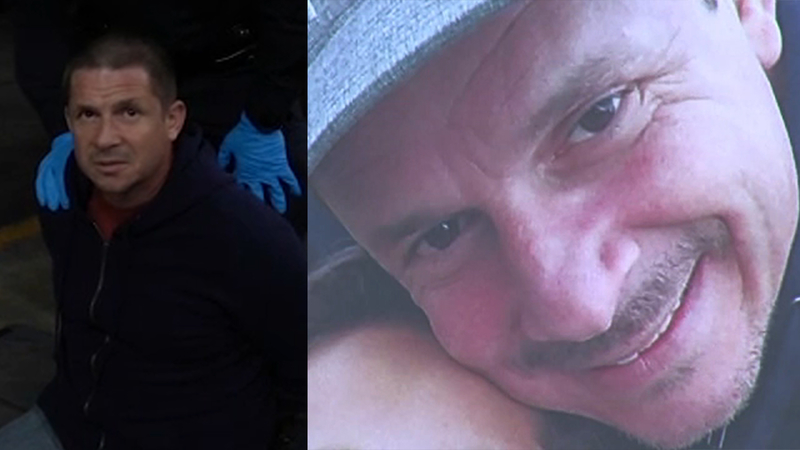 LOS ANGELES COUNTY -- Attorneys for a man who died after being pulled over by the California Highway Patrol nearly two years ago are accusing officers of using excessive force following his arrest.

Edward Bronstein reportedly resisted a blood test at the CHP station in Altadena that night after he was arrested for allegedly driving under the influence. Officers then used force to get him to comply.

Bronstein's family filed a lawsuit against CHP in December of that year, and according to family lawyers, a judge ordered the release of police-worn body camera footage of the incident.

The video was released on Tuesday.

"[Bronstein] says, 'I can't breathe' 12 times, is what I counted," said family attorney Michael Carrillo during a news conference on Tuesday. "Twelve times he says, 'I can't breathe.' Not one officer took the action to pull the others off of him. Pull him to his side ... do something to give him air."

The wrongful death lawsuit claims CHP officers used excessive force against an unarmed, restrained man who posed no immediate threat to anyone.

"Instead of trying to save his life, they slap him in the face thinking that's going to wake a dead man up. Where is CPR? Where is first aid? None of that is administered to Edward Bronstein, and that's why his family is suffering here today," said Carrillo.

At one point in the video, Bronstein is heard saying, "This is wrong," to which an officer responds, "You are bringing the fight to this, not us."

Bronstein replies, "I'm not fighting at all."

The officer then says, "Then have a seat and provide your arm. This is your last opportunity, otherwise, you are going face down on the mat and we are going to keep on going."

As multiple officers subdue him, Bronstein is heard screaming that he will comply.

The officers are then heard telling him it's too late.

Bronstein died after the arrest.

"What these officers did on that day was reprehensible and shocking," said Luis Carillo, another one of the family's attorneys.

Bronstein was a father of five.

"My dad was a good person," said his daughter Brianna Palomino. "Nobody deserves to die this way. They left all of us without a dad."

Eyewitness News contacted CHP for a statement. The agency told ABC7 it does not comment on pending litigation.