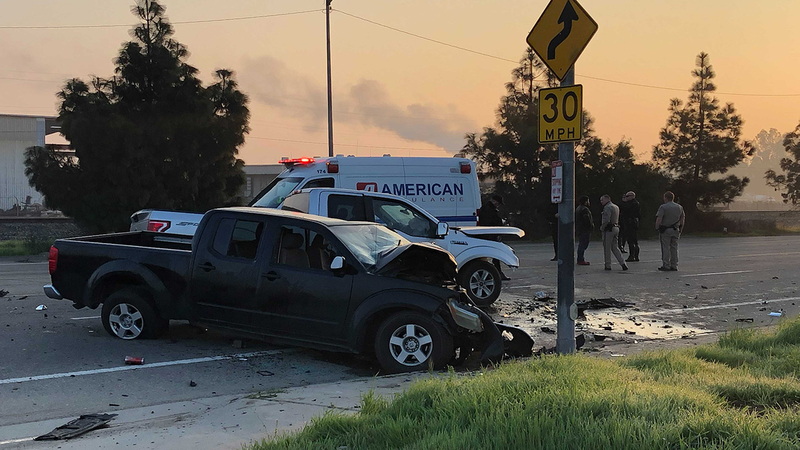 The crash happened on Golden State Boulevard near Ashlan Avenue before 7 am.

Investigators say the driver of a silver truck had been involved in a crash on Highway 180 and Highway 99 minutes before and drove off.

The person he hit started chasing him toward Golden State Boulevard. That's when he collided head-on with a black truck.

The driver inside the black truck was pronounced dead at the scene. Authorities identified him as Joe Silva, 58, of Fresno.

Officials say the suspect and their passenger were both taken to a local hospital with injuries. Their conditions have not been released.

Fresno police closed both directions of Golden State Boulevard between Shaw and Ashlan for a short time for the investigation.

Editor's Note: A previous version of this report indicated that police originally thought this crash was a suspected DUI incident. Updated information from their investigation indicates the driver was not under the influence. Our story has been updated to reflect that new information.