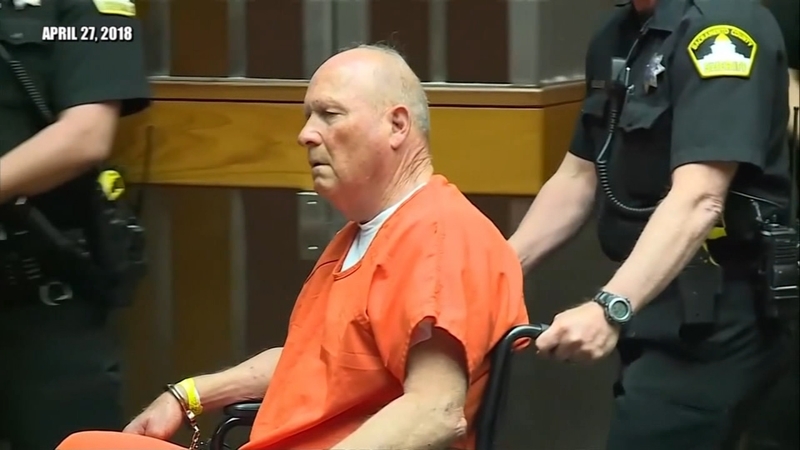 SACRAMENTO (KFSN) -- Joseph Deangelo will go before a judge as part of a procedural hearing Thursday. Survivors and their families are expected to be in that courtroom as well.

Prosecutors said Deangelo is responsible for dozens of rapes and as many as 12 killings in the 70's and 80's-- including a former Fresno couple who lived in Rancho Cordova. This was, in fact, the first homicides he charged with.

Deangelo was arrested back in April. He was living in Citrus Heights at the time. Authorities connected the dots using DNA information from a genealogy website.

A survivor, Jane Carson, is believed to be the suspect's 5th victim. Decades after the attack she wrote a book about the trauma she went through.

Carson and Debbi Domingo, whose mother was killed by the Golden State Killer, have been supporting each other during this emotional legal process. They want to be in the Sacramento County courtroom Thursday-- declaring they want to hold up a banner saying "Now We have the power and control".