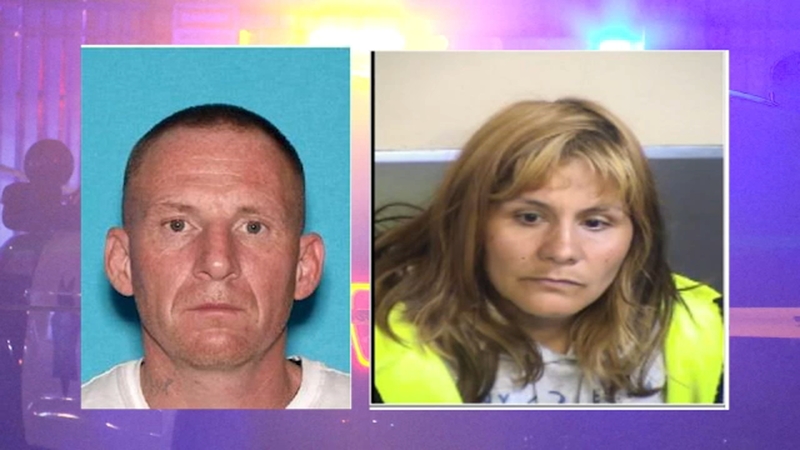 FRESNO, Calif. (KFSN) -- Two people are in custody in connection to a series of burglaries. Now, Fresno police need your help catching a third suspect.

Luxe Salon and Spa has been hit not once, but twice in the past 6 months.

"It's been such a bad year with the pandemic and then coming back from that, also getting robbed twice in a row," said Salon Manager Kristina Del Rio. "It has a huge impact on our business and employees as well."

They're breathing a little easier knowing two of the suspects involved in these crimes are in custody.

"We're really glad to hear that and we hope they get all the other ones, too," said Del Rio.

"We served the search warrant and we were able to find evidence at each of these locations that tied them to numerous other burglaries," said Lt. Tim Tietjen.

One search warrant was at a storage facility on N. Harrison, where the suspects were keeping stolen goods. Another was at the suspect's home on Alluvial.

"All the stuff reported stolen, it's in there, it's stacked up in their house. "It's a business and we believe they were going on social media, Craigslist and selling the product," added Lt. Tietjen.

When police tried to arrest a third suspect, Victor Baeza, at his home on Minarets, he took off.

"He's our primary guy," added Tietjen. "He's the mastermind behind it all."

Over the past months, the Pinedale burglary crew has stolen thousands of dollars in products from businesses across Fresno, some locations even hit multiple times. Now with your help, police are hoping to find and arrest Baeza.

"We believe this case is significant and we're going to see a massive reduction in commercial burglaries after these individuals are in custody," said Tietjen.