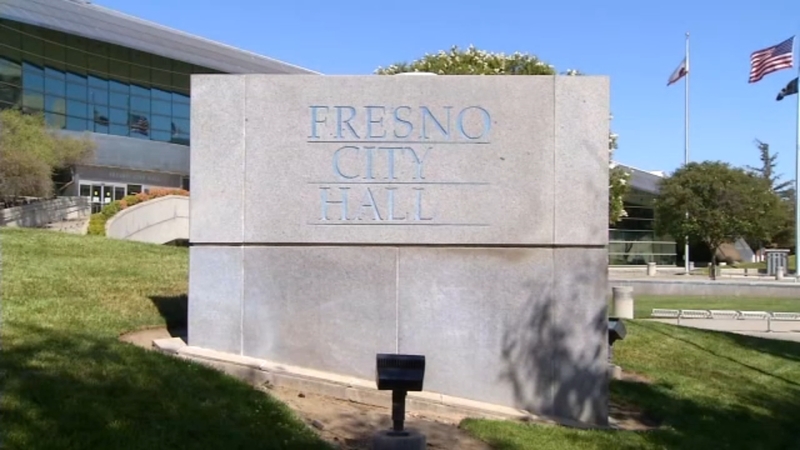 This will be the first time the flag has ever been flown at the government building.

It ends a week of back and forth discussion over the issue after the Fresno City Council approved a new Flag Raising Resolution last week that transferred the power of who gets to decide what flags fly outside of City Hall.

Dyer opposed raising the flag, saying it would create division in the community.

But at a news conference on Friday afternoon, Dyer said he had made the decision to support it after hearing accounts of discrimination and marginalization from members of the LGBTQ+ community of Fresno and attending the Pride Flag-raising ceremony at Fresno City College.

"This is really not a political issue. Not a Republican or a Democratic issue. It's a people issue," he said.

He says it will serve as a symbol of hope , inclusivity, and change.

He added that he would attend the flag-raising ceremony outside City Hall on June 11. He appealed to residents to attend as well.

Several community and religious leaders spoke at the news conference, applauding the decision.

One Fresno City councilmember, however, disagreed with the mayor's decision.

Garry Bredefeld said he believes City Hall should be restricted to only flying the American flag, as well as the state and city flag.

He said the mayor had caved to pressure.

Dyer appealed to the City Council to create new rules about what types of flags will be allowed to fly at City Hall, but continue to have the City Manager make the final call.

Earlier in the week, Dyer had proposed a separate 'Unity Park' that would have seven flag poles installed at Eaton Plaza near Mariposa and N Streets. He said the first flag to fly at the plaza would be the Pride flag.

But on Friday, Dyer said that after much contemplation and conversation with members of the LGBTQ+ community, he felt compelled to do more beyond Unity Park. He added that he will still pursue his vision of establishing Unity Park with the city council and community members.