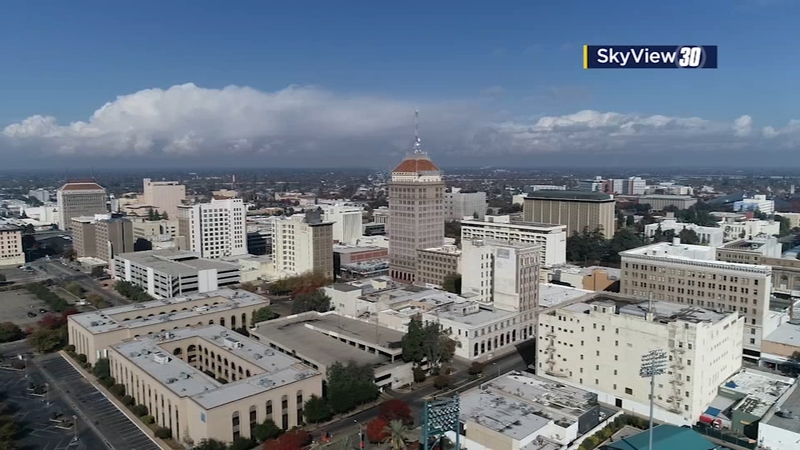 FRESNO, Calif. (KFSN) -- There is growing concern that some newly re-opened businesses could be forced to shut down again after seeing a spike in coronavirus case rates in Fresno County.

Just two weeks after being moved into the Red Tier, Fresno County faces the real possibility of being subjected to more restrictions again.

Back on September 29, the County's COVID-19 numbers were improving enough to allow places like gyms, restaurants and places of worship to partially resume indoor services -- but that could all change when the State announces its findings Tuesday.

Members of F45 are kicking off the week with a Monday night workout.

Owner Terry Mumby says his customer base has been growing since Fresno County loosened COVID-19 restrictions and he was finally able to have his grand opening two weeks ago.

But he's now worried this could be the last class for a while if the county is forced to shift back to a more restrictive tier.

There is growing concern that some newly re-opened businesses could be forced to shut down again after seeing a spike in coronavirus case rates in Fresno County.

"If we shut down, we don't just get to reopen where we left off, we have to build up again," he said.

Business owners with the Open Central California Business safely organization are demanding that the county remain open, saying their business has suffered and employees have fallen through the cracks.

They plan to have speak against another closure in front of city hall Tuesday.

Magsig says more people need to get tested to help the county's position with the state. Early calculations show Fresno County with a case rate at 7.2 daily cases per 100,000 people.

If that number comes in above seven Tuesday, then the county moves back into the more restrictive purple tier.

"As I understand it, we've been penalized a little bit because we're not testing enough according to state averages," Magsig said.

If more people get tested and come back negative, the rates decline.

Even with the potential of a high-case rate, Magsig is hopeful the state will allow for some flexibility since the county's positivity and hospitalization rates remains low.

"I think right now is a time for the State of California to be reasonable as it applies COVID-19 restrictions. We just entered the Red Tier and we've seen numbers tick up a little bit according to the state's metrics, but I'm confident the state is going to be reasonable to allow us to remain in the Red Tier."