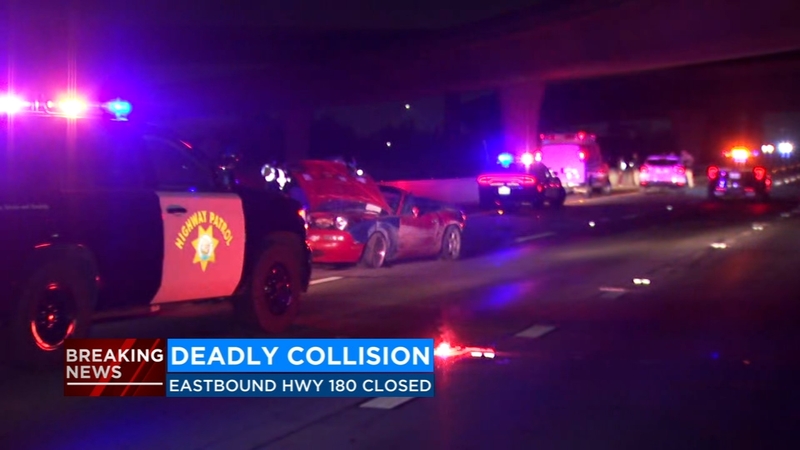 FRESNO, Calif. (KFSN) -- Eastbound Highway 180 in Fresno is shut down after a deadly collision near Highway 41 Monday night.