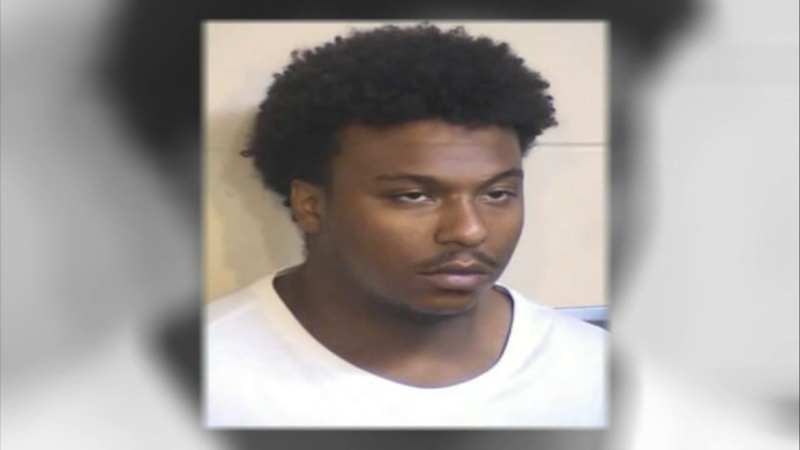 FRESNO, Calif. (KFSN) -- An extreme crime led to an extreme punishment Monday as a judge sent a convicted killer to prison.

Brian Maxey and Kiara Austin were in the wrong place at the wrong time in April 2019.

They parked at a friend's northwest Fresno apartment complex late at night when they came across then-19-year-old Donovan Kelley and some of his fellow gang members.

"I don't know," Patricia Gibbs said. "They're fussing, doing whatever they're doing late night. Kids. Their car got shot 27 times and ended in a ditch in a canal."

Maxey and Austin died as their car smashed through a concrete wall and fell into a nearby canal. Three others survived the attack.

Austin's mother couldn't bring herself to come to court and face Kelley until after a jury convicted him on two counts of second degree murder and several other charges in March.

Patricia Gibbs came Monday, looking for justice and a hint of peace for her family, including Austin's three young kids.

"They don't have a mother or a father because of this incident," Gibbs said. "They're growing up wondering 'Where's my mom?' every day. 'Where's my dad?' And I have to explain that to a 5-year-old that 'Mom's gone' for the rest of life."

Police said Maxey and Austin were innocent victims, but Kelley and friends opened fire to protect their gang turf.

Gang and gun enhancements increased the possible punishment, and so did a violent strike felony Kelley committed as a juvenile.

The judge leaned on all of them to max out the sentence.

"You are a callous, cowardly individual who shot a car full of people for no reason, along with others, causing their death and injuring others," said Judge Gary Hoff. "You should never be released from custody. You're a danger to society."