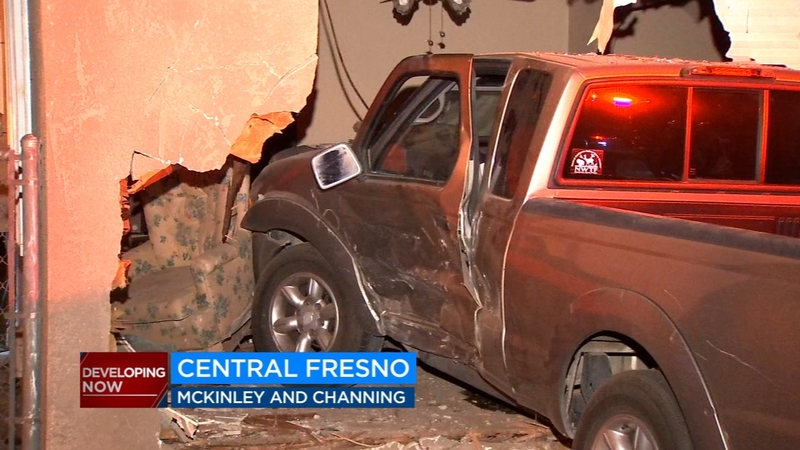 FRESNO, Calif. (KFSN) -- A man was hospitalized after a crash in central Fresno sent a truck through a home on Wednesday night.

Fresno police say the truck driver was traveling north on Channing when they collided with a Tesla that was headed west on McKinley Avenue.

The crash impact sent the Tesla into a yard and the truck through a house where someone inside.

The homeowner said he was sitting on a couch and narrowly escaped serious injury.

"My house is on a sub-floor, which is raised up, so I think that's what slowed the vehicle from going all the way through the house, but it could've been more serious. I mean, just getting pushed off the couch to the middle of the living room," he said.

The homeowner suffered minor injuries but is expected to be OK.

Police say the driver of the truck failed a sobriety test and will likely face DUI charges.