Police are trying to figure out why the shooter targeted the family.
KFSN 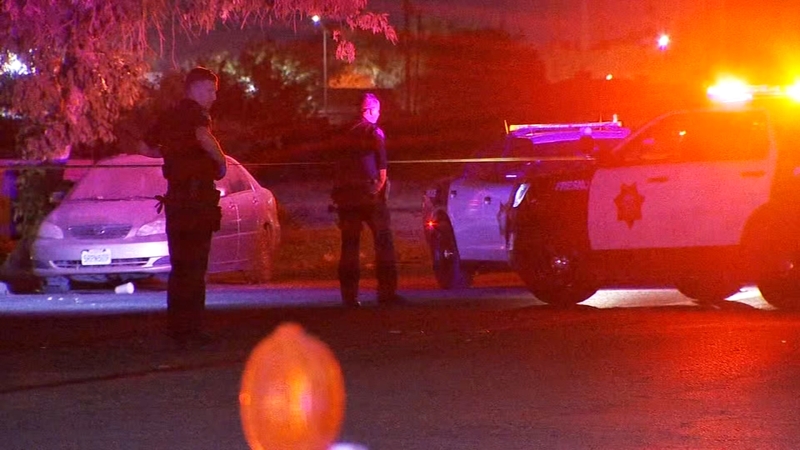 FRESNO, Calif. (KFSN) -- Fresno police are searching for the person who shot at a family in southwest Fresno, leaving a woman injured.

It happened after 11 pm on Thursday on MLK Boulevard and Samson Avenue.

Investigators said the family was in their van, getting ready to go out to a casino, when a suspect got out of a brown Infiniti and opened fire.

A fragment from one of the bullets hit a woman in the lower leg.

Police are trying to figure out why the shooter targeted the family.

"The strange thing about it is these folks don't have any type of gang connections whatsoever. It's our belief that they were not the intended targets, but rather had the misfortune being in the area of where rounds were fired at, whether they intended to fire at them or not, but we're still trying to investigate that," said Fresno Police Lt. Paul Cervantes.

The victim was treated in an ambulance but did not go to the hospital.

Police are asking neighbors for any home surveillance footage that may help with the investigation.