'When they kill another one, I once again feel upset and can't stop wondering if it's going to be me next.'
KFSN
By Elisa Navarro 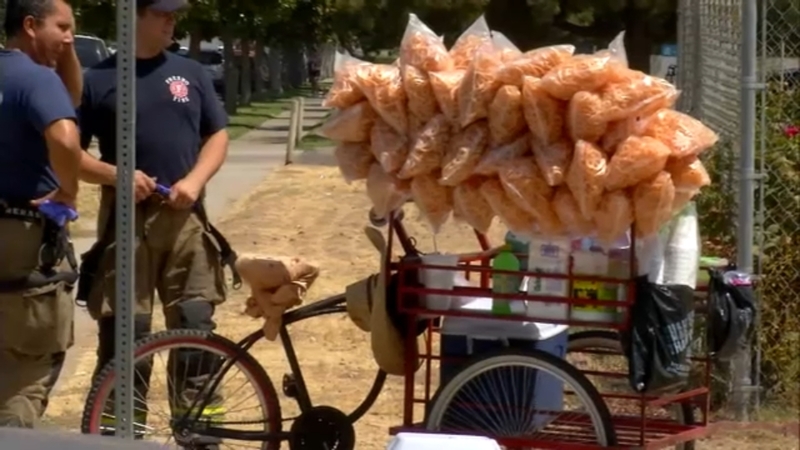 FRESNO, Calif. (KFSN) -- For 18 years, Jose Reymundo has walked through the streets of Fresno, selling paletas.

He says the fear of being attacked or killed while working has never left him and every time a fellow street vendor is killed, it's hard to get over.

Reymundo says, "When they kill another one, I once again feel upset and can't stop wondering if it's going to be me next."

He says he's been attacked and robbed many times but says it's the job that keeps a roof over his head.

He goes on to say, "I am always watching my surroundings to make sure no one comes and hits me and steals the little I have on me."

Like Reymundo, Gladys Sanchez, owner of Tony's Coconut Fusion, says the feeling is mutual. The fear of being preyed upon and unprotected keeps her uneasy.

"You pack up and in different places, not sure of how safe you are going to be, it's been a challenge," she says.

Since the death on March 21 of Lorenzo Perez, a street vendor shot and killed while selling food, the community has joined forces asking for change.

"This has brought a little more peace of mind, this is more of an ongoing effort to make sure they feel supported," he says.

It's a plan Reymundo fully stands by.

He says, "It would be magnificent, and one of the greatest things that could happen."

Sanchez is also on board, saying food vendors should feel safe and protected while making an honest living.