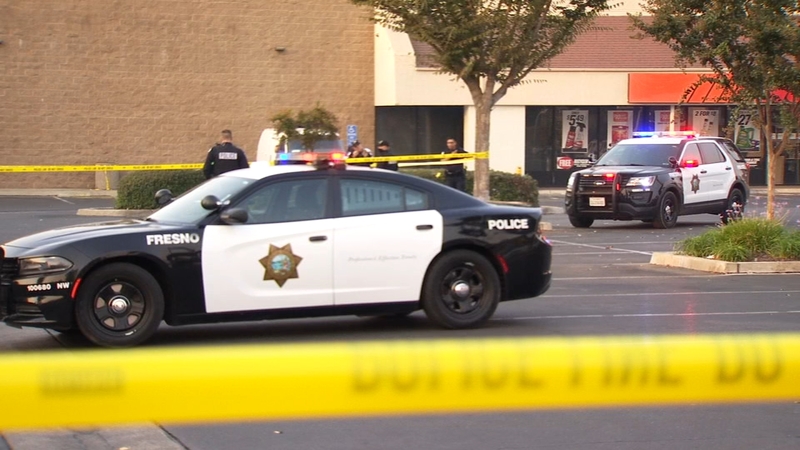 FRESNO, Calif. (KFSN) -- Fresno Police vowed to crack down on violent crime after the city has seen skyrocketing shooting and murder statistics.

Days into the operation, the department says it's getting results.

"This is a very targeted and data-driven operation and we are looking for the people that we know and we have identified as causing a lot of the violent crime," said Capt. Mindy Casto.

Since Tuesday, the FPD says 43 felony arrests have been made, 38 of which were of gang members.

Officers have recovered 18 guns in 3 days, while behind the scenes, local, state and federal officers have worked to pinpoint federal charges on key players in the violence.

"They are just giving us a little extra attention to make sure that they help us address the problems in Fresno," said Casto.

Fresno Police Chief Andy Hall said the 126% increase in shootings and 55% increase in murders since April can be attributed to early releases because of the zero-dollar bail policy.

It was originally put into place by the state to prevent crowding in jails due to COVID-19. Then in late June, a more stringent zero-dollar bail policy was extended in Fresno County around the time the jail saw a COVID-19 outbreak of over 600 people.

"We are full every single day, we are at capacity every single day. So even if that bail schedule gets adjusted and someone gets booked, someone is going to have to go out," said Sheriff Margaret Mims.

About 20% of the jails' current population typically would have already been turned over to state prison, but they haven't due to COVID-19.

"That's 423 sentenced people that we cannot move out until CDCR starts accepting them," said Mims.

Judge Alvin Harrell, Sheriff Mims, and Chief Hall all met on Friday to discuss the local zero-dollar bail order and its impacts.